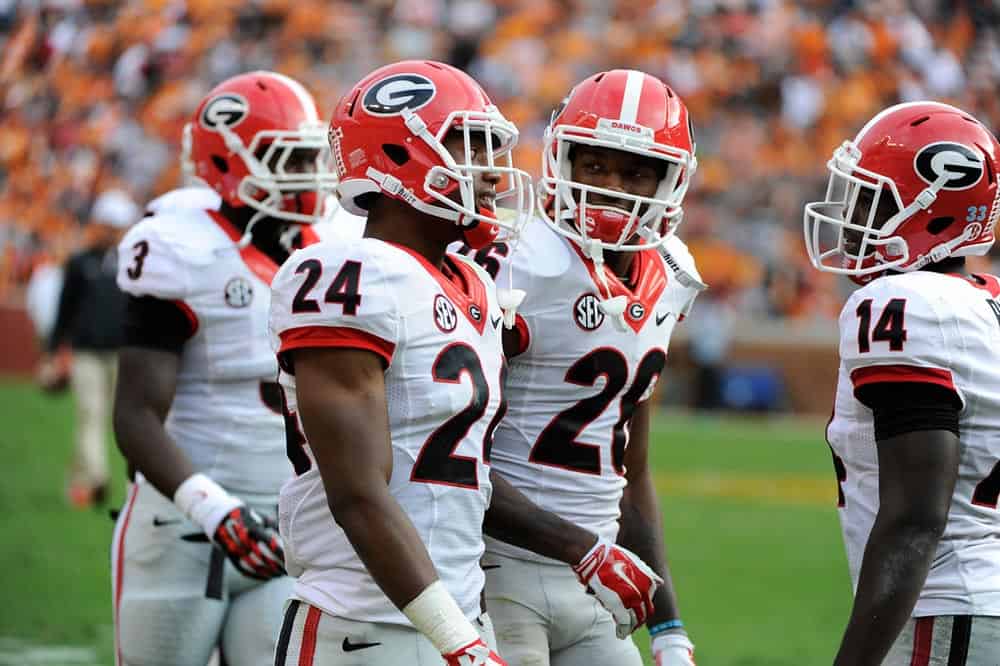 ATHENS, Ga. – The Georgia football team began preparations for its next game on Monday with a 90-minute workout in shorts on the Woodruff Practice Fields.

The Bulldogs (4-2, 2-2 Southeastern Conference) will play host to Missouri (4-2, 1-2) on Saturday at 7:30pm at Sanford Stadium.  The game marks the culmination of UGA’s annual Homecoming week on campus.

”That was a solid start to the week,” Georgia head coach Mark Richt said. ”It was a beautiful day and a good, crisp practice. Everyone showed great focus and energy. We started implementing our plan today.  We’ve got a long way to go, but today was a very good start.”

Richt announced the captains for the Missouri game will be offensive tackle John Theus and wide receiver Reggie Davis on offense, as well as end Josh Dawson on defense.  Davis was named earlier today as the SEC’s Special Teams Player of the Week after his career-best 244 all-purpose yards last Saturday at Tennessee included a 70-yard punt return for a touchdown.

Georgia has won three of the four previous meetings with Missouri.  The first was a 14-0 victory over the Tigers in the 1960 Orange Bowl. All three succeeding matchups have come since 2012, when Missouri joined the SEC as a member of the Eastern Division.

Saturday’s game will be televised by the SEC Network, with Brent Musburger and Jesse Palmer in the booth and UGA alumnus Maria Taylor reporting from the sideline.