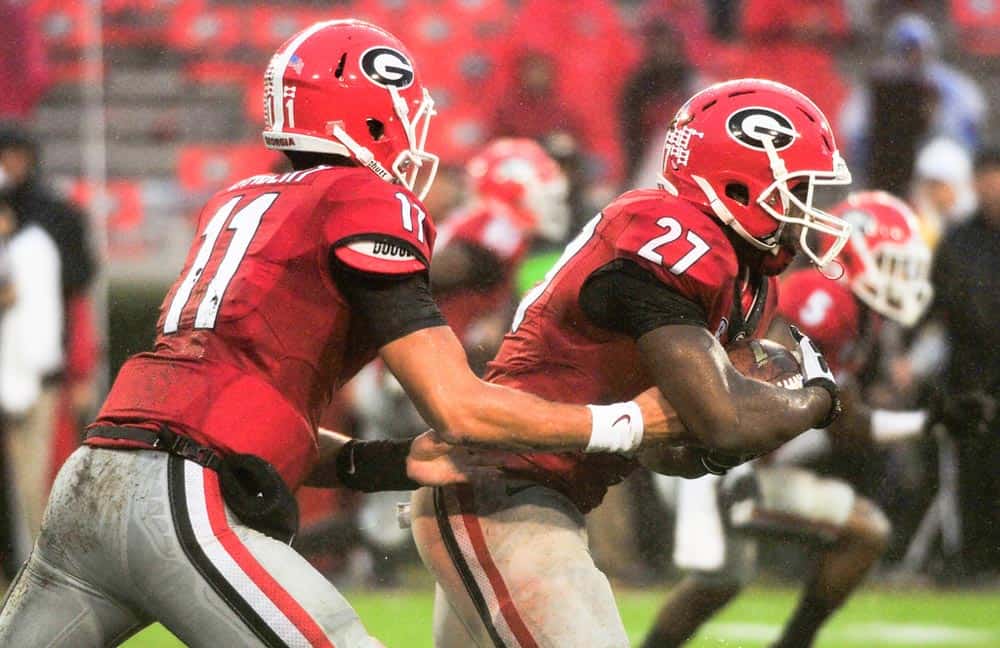 ATHENS, Ga. – The 19th-ranked Georgia football team began preparations for its next game on Monday with a 90-minute workout in shorts on the Woodruff Practice Fields.

“That was a solid start to the week,” Georgia head coach Mark Richt said. “It was a crisp practice. Everyone showed great focus and energy. I thought they all had their minds right. It was a good, productive day.”

Richt announced the captains for the Tennessee game will be tailback Nick Chubb on offense and defensive lineman Sterling Bailey and linebackers Jordan Jenkins and Jake Ganus on defense.

In other news on Monday, it was announced that the Saturday, Oct. 17, game between Georgia and Missouri in Athens will kick off at 7:30 p.m. and will be televised by the SEC Network.