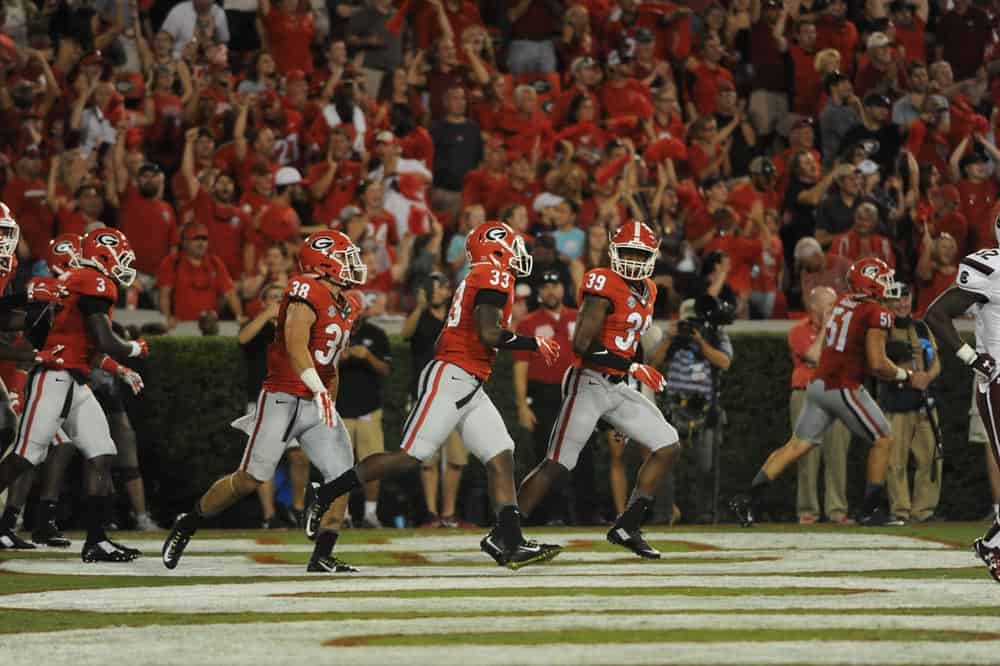 “We did a nice job today; we are creating good habits in practice,” Georgia coach Mark Richt said. “We’ve had good focus this week. We talked about in football, like most everything in life, you either get better or get worse, and we want to get better each day. A point of emphasis has been discipline, in regards to penalties because we’ve had too many, and our technique.”

The Bulldogs (3-0) step out of Southeastern Conference (SEC) action and play host to the Jaguars (2-1) Saturday. Southern registered its second straight 50-point effort of the year last weekend in securing a victory over Jackson State. Meanwhile, Georgia went over the 50-point mark for the second time this season in demolishing South Carolina 52-20 in Athens. Under Richt, the Bulldogs are 57-11 against teams from outside the SEC. After Saturday, Georgia will play six straight SEC games before finishing the regular season with a pair of non-conference contests against Georgia Southern and Georgia Tech.

“I know say it a lot about our scout team, but they are crucial to us,” Richt added. “We were very sharp in our kickoff coverage today, and I see progress. Number 25 (Willie Quinn) for Southern is dangerous in the return game; he’s already got a few touchdowns. We know he’ll be tough to hem up. We’re teaching the young guys what to do; Our freshmen on the kickoff unit are capable and very talented. They have the ability, just not the experience.”

For the second week in a row, Georgia coaches will help raise awareness for a health-related cause by wearing a little something extra on the sideline. All American Football Coaches Association (AFCA) members across the country, in fact, will be wearing a “Coach to Cure MD” logo patch. Meanwhile, fans can donate to the Duchenne muscular dystrophy research either online (www.CoachtoCureMD.org) or by texting the word CURE to 90999.

Saturday’s game will kick off at 12:01 and will be televised by the SEC Network. The broadcast team will feature Tom Hart (play-by-play), Andre Ware (analyst) and Laura Rutledge (sidelines).