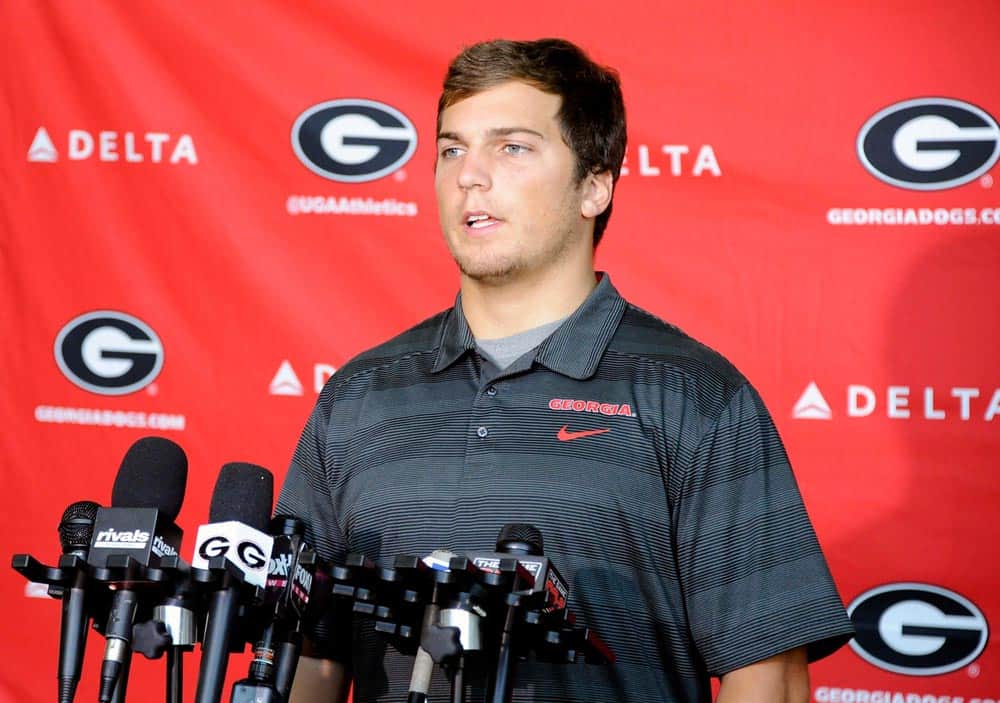 ATHENS, Ga. – Georgia senior linebacker Jake Ganus has been named a semifinalist for the 2015 William V. Campbell Trophy, which is given to the top football scholar-athlete in the country by the National Football Foundation (NFF) and College Football Hall of Fame.

Ganus is one of 135 players chosen as semifinalists from the FBS, FCS, Division II, Division III and NAIA, including one of seven from the Southeastern Conference. To be eligible, this group had to have at least a 3.2 GPA, be a senior or graduate student in their final year of eligibility, have outstanding football ability and demonstrate strong leadership and citizenship.

The NFF will announce 15 finalists on Oct. 29, and each of them will receive an $18,000 postgraduate scholarship as a member of the NFF National Scholar-Athlete Class. The finalists will travel to New York City for the 58th NFF Annual Awards Dinner on Dec. 8. At the event, one member of the class will be declared the winner of the 26th William V. Campbell Trophy and have his postgraduate scholarship increased to $25,000.

Ganus, a 6-2, 233-pound native of Chelsea, Ala., is in his first season with the Bulldogs since transferring to Georgia after UAB shut down its football program. A captain for this week’s game against the Southern Jaguars, Ganus is third on the team with 16 stops, including a team-leading seven in the win over South Carolina last week.

Ganus has started the first three games at inside linebacker and also has one of five Bulldog interceptions this year. In addition to his success on the field, Ganus has posted a cumulative 3.21 GPA during his career and has an extensive list of community service activities, including making a special connection with a patient at Camp Sunshine and continuing that relationship after the team’s visit to the camp that meets the needs of children with cancer and their parents.

During his days with UAB Blazers, he was named to the 2014 Second Team All-Conference USA squad as a junior. The two-time captain for the Blazers finished with 226 tackles, two forced fumbles, two interceptions and one fumble recovery that he returned 56 yards for a touchdown in three seasons (2012-14).

The No. 7/6 Bulldogs (3-0, 2-0 SEC) host the Southern Jaguars (2-1, 2-0 Southwestern Athletic Conference) on Saturday at noon. The SEC Network will televise the first meeting between these teams.