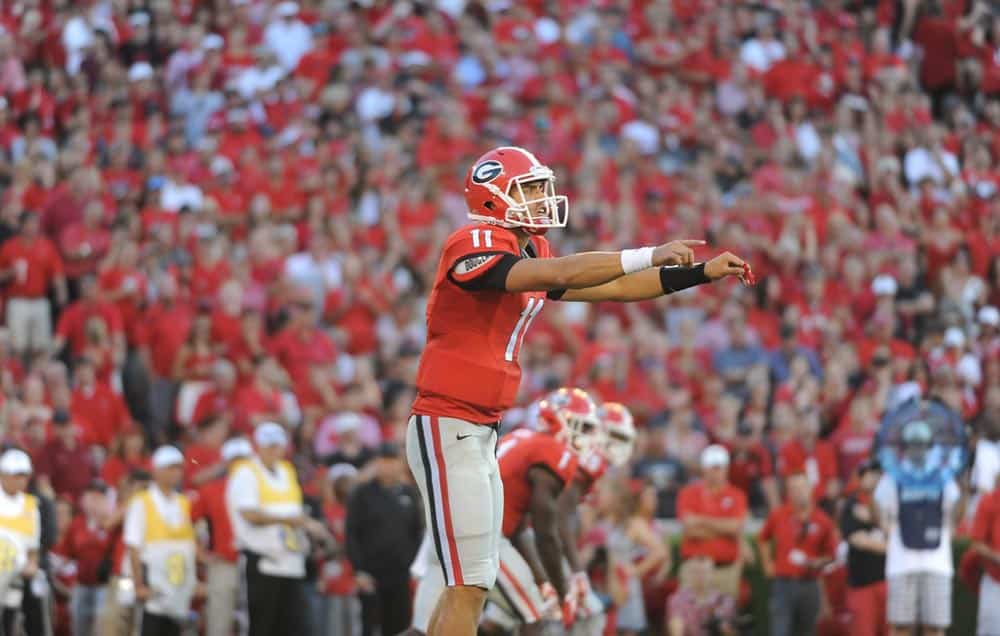 ATHENS, Ga. – Georgia quarterback Greyson Lambert has earned a variety of honors following his performance in the 52-20 win over South Carolina, including Southeastern Conference Co-Offensive Player of the Week.

Lambert split the league accolade with LSU’s sophomore running back Leonard Fournette. Lambert was also included as one of the Manning Award Stars of the Week and was named the College Football Performance Award’s (CFPA) National Performer of the Week.

Last week, the league named senior Jordan Jenkins the Defensive Lineman of the Week and sophomore Isaiah McKenzie the Special Teams Player of the Week.

Lambert, a junior from Jesup, Ga., set the school, SEC and NCAA records with a 96 percent completion rate by going 24-for-25 for a career-high 330 yards and three touchdowns. He completed 20 passes in a row to end the contest, which topped a Bulldog record of 19 set by Mike Bobo at the 1998 Outback Bowl.

Lambert connected with nine different receivers as the offense finished with 576 total yards in his third game with Georgia after transferring from Virginia. Lambert led the Bulldogs’ 52-point attack, which was the most ever points for Georgia against a Steve Spurrier coached team and tied for the most points scored for Georgia in the South Carolina series.

The No. 7/6 Bulldogs (3-0, 2-0 SEC) host the Southern Jaguars (2-1, 2-0 Southwestern Athletic Conference) on Saturday at noon. The SEC Network will televise the first meeting between these teams.