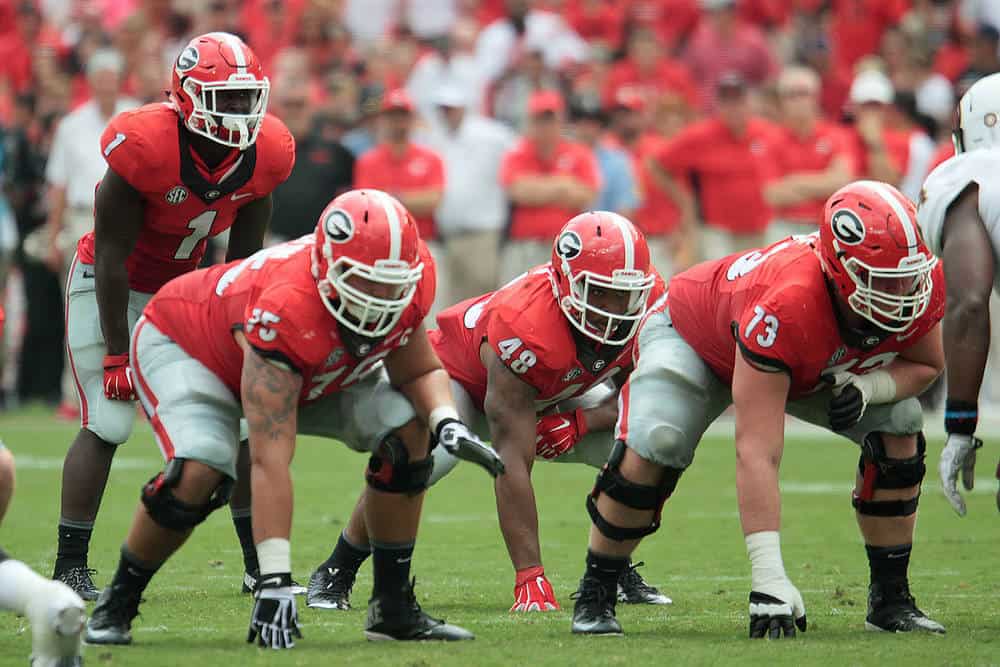 ATHENS, Ga. – The Georgia Bulldogs worked out for over two hours Tuesday afternoon in preparation for their SEC matchup this Saturday at home against Alabama.

Saturday’s game will be the first regular-season meeting between these two programs since a home-and-home series in the 2007-08 seasons. It’s also just the sixth meeting between them in the past 20 years, the most recent of which came in the 2012 SEC Championship game.

The irregular nature of this series only adds to the anticipation of this weekend, at least for the fans. A similar approach by the Georgia players would be counter to any method the Bulldogs have used in preparation for any game thus far, head coach Mark Richt said today.

”Our approach really has been on trying to improve and trying to get our scout teams to simulate everything the best they can and just focus on assignments, focus on technique, focus on effort,” he said. ”And then obviously focus on academics. So that’s what we’re trying to keep everybody’s mind on: their jobs, on their business, on their assignments, on their responsibilities and not anything else. And I don’t mind guys getting excited about a game. I like them getting excited about a game, but they have to be able to function well on top of that.”

Senior wide receiver Malcolm Mitchell agrees that one key to Georgia’s success on Saturday will depend on its approaching the game much like the other 11 contests on the Bulldogs’ schedule. ”I don’t think we should change anything,” he said. ”I think we should handle it like we handle the majority of the games. We’re staying focused, making sure we’re prepared for Saturday the same way we did the other couple of weeks. Just come in the building prepared for practice, focus on the schemes that the coaches are setting up and executing.”

Saturday’s game is, however, a special occasion for the lone Alabamian on the Georgia roster. Senior linebacker Jake Ganus transferred to UGA last year after playing three seasons at UAB. The Chelsea, Ala., native has made his mark in his short time as a Bulldog, starting in all four games thus far and racking up 19 tackles and an interception. ”I’m excited,” he said. ”When I got to UAB, I knew that I’d never get to play against Alabama. When I signed with Georgia and looked at the schedule and saw that they had Alabama and Auburn on there, I was like ‘that’s awesome for me. I get to play both of my home state schools.’ So that’s cool. It’s going to come down to having a great week of practice and whoever plays the best on Saturday.”

Saturday’s game will be televised nationally by CBS, with the broadcast beginning at 3:30 p.m.