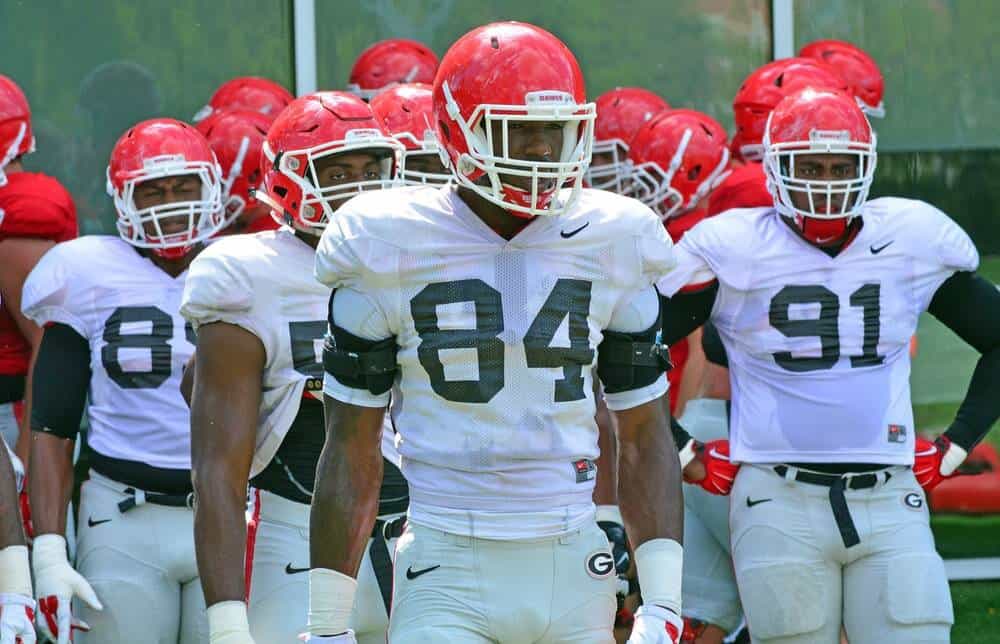 ATHENS, Ga. – The Georgia Bulldogs worked out for over two hours on Tuesday afternoon in preparation for their 2015 season opener this Saturday against the ULM Warhawks.

The approaching kickoff to the season showed in the team’s overall enthusiasm, head coach Mark Richt said. ”We’re all excited for the season at this point,” he said. ”We don’t want to temper the guys’ enthusiasm much. I would much rather have a guy with energy and a lot of enthusiasm and make a mistake here and there because he is just going 100 miles per hour — we can deal with that.

”’Our goal is to focus on everything we have been working on. Just taking caring of business in every facet of the game, and we are looking forward to getting out there and playing some. We have had almost 45 practices without playing a game. When you consider spring ball and camp, that is a lot of work with not playing someone else, so we are just looking forward to that game.”

The opener will be the second meeting between UGA and ULM, the fourth overall for Georgia against the school once known as Northeast Louisiana. Their last meeting came in a 44-7 Georgia victory on Sept. 17, 2005, en route to the Bulldogs’ SEC Championship that season.