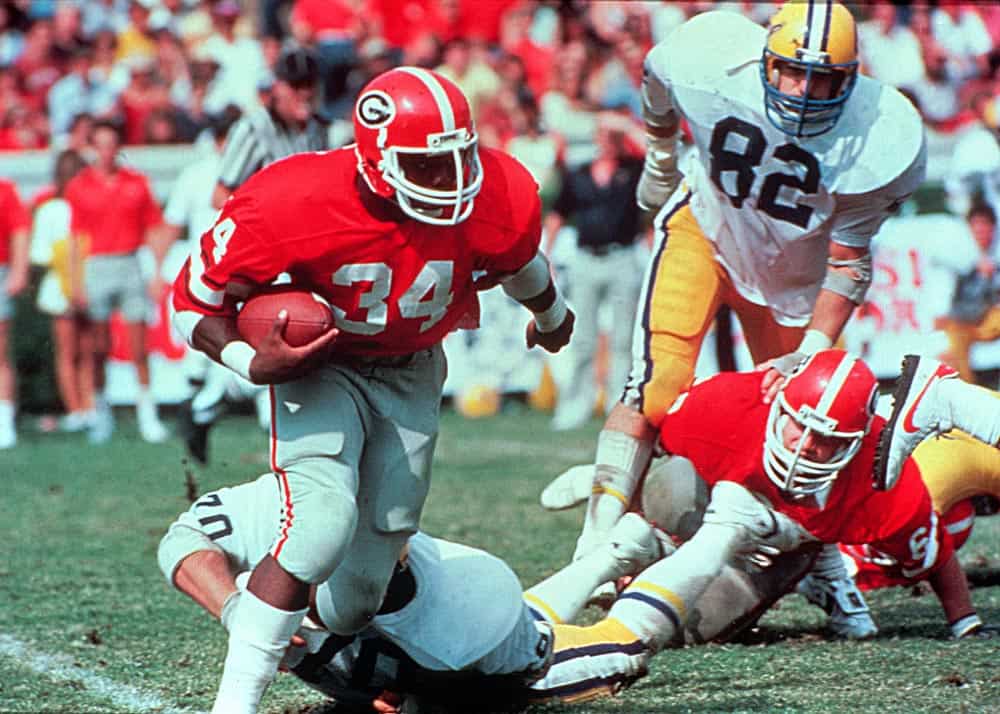 Three legendary Georgia Bulldogs have been named to the Football Writers Association of America 75th Anniversary All-America Team, it was announced today.

Georgia’s sole representative on defense was defensive back Champ Bailey, who was named to the Second Team Defense.

Below is the complete list of player named the the team. Check out the FWAA release for more information on how the team was selected.