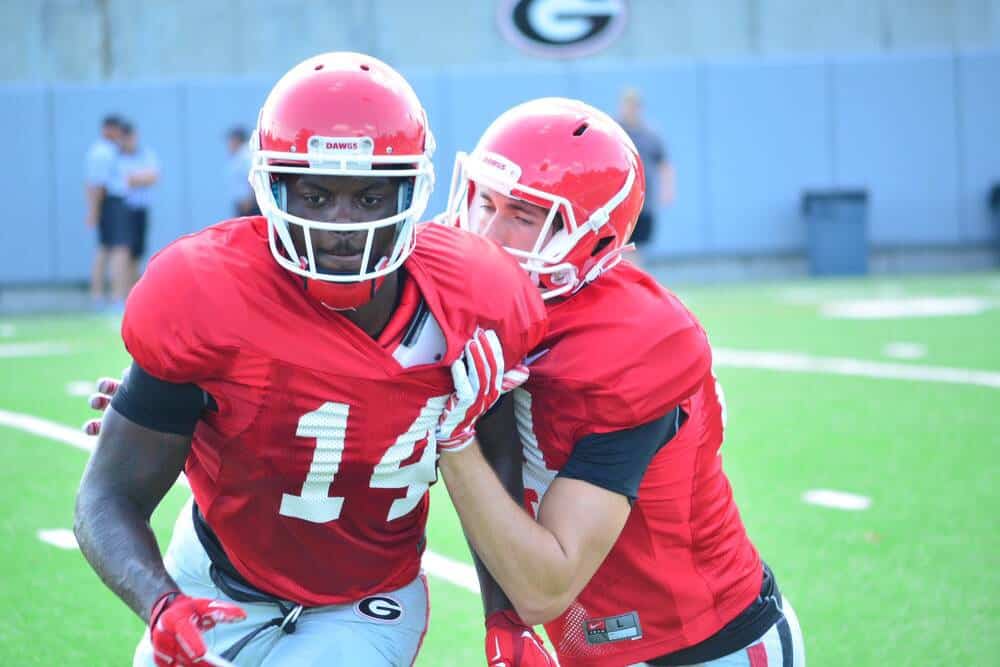 ATHENS, Ga. – A day after the Georgia football team practiced in Flowery Branch due to rainy weather, the Bulldogs returned to the Woodruff Practice Fields on the UGA campus for a two-hour workout in full pads Thursday.

“This was practice number 16, so we are definitely over the halfway mark,” head coach Mark Richt said. “It was nice not to have to travel today for practice, and it was nice and warm, but I thought the guys got better today. We talked about trying to determine what kind of habits we were going to create. Football is a game of repetition, and you’re creating either good habits or poor habits. That’s what it comes down to, and I think for the most part we got better, so it was a good day.”

The Bulldogs are gearing up for their second scrimmage of the preseason this weekend. Richt said the kicking game will be one area of focus on Saturday.

“One thing we’ll do is we’ll do some live kicking,” Richt said. “The teams that cover, we may try to tackle somebody to the ground. We have to try and ramp up the scout teams, because if the scout teams don’t go full speed and the first time we see a full speed rep is against Louisiana-Monroe, it’s a shock to your system. We’ll still get a lot of scrimmage reps, and we have not started our game preparation, so we are still scheming each other, then it’ll be time to turn towards our first game.”

Georgia will practice in full pads again on Friday before the scrimmage on Saturday, and the team will be off on Sunday.

The ninth-ranked Bulldogs open their 2015 schedule Sept. 5 against Louisiana-Monroe at noon Eastern. The game will be televised by the SEC Network.