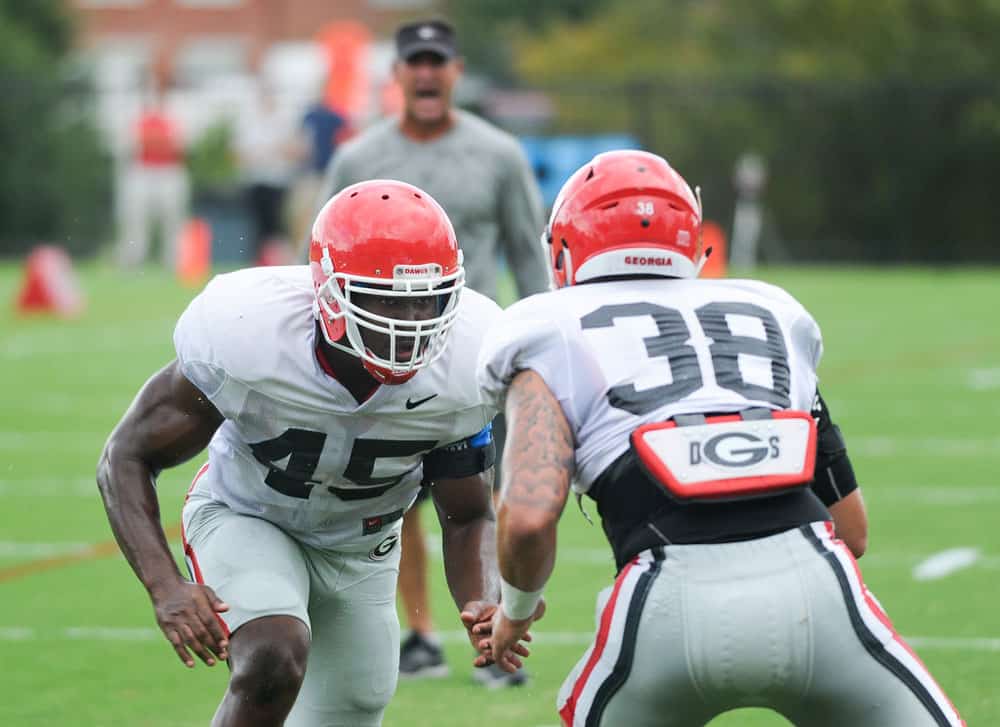 ATHENS, Ga. – The Georgia football team continued preseason preparations Monday, and it marked the first day of the fall semester on the UGA campus.

After a day of classes and meetings, the team held a two-hour workout in full pads. Afterwards, selected Georgia assistant coaches met with the media and said the Bulldogs have been competing throughout camp.

“I wouldn’t say I saw a difference in focus. I think I saw some guys that were a little tired, probably from running around and going to classes. But knowing these guys, they’re pretty consistent in how they approach the day. They work very, very hard. It wasn’t the cleanest practice we’ve had, but I certainly don’t believe that had much to do with focus. I just think we got a little sloppy in what we had to do in certain areas in terms of execution,” Bulldog offensive coordinator Brian Schottenheimer said.

Also, offensive line coach Rob Sale was asked to give his thoughts on creating depth across the Bulldog front.

“We’re still developing the guys in our second unit and looking for consistency to see who the sixth, seventh, eighth and ninth guys are going to be out there,” Sale said.

Georgia will practice daily in full pads with the next off day slated for Sunday. The ninth-ranked Bulldogs open the season against Louisiana Monroe Sept. 5 at noon ET on the SEC Network.