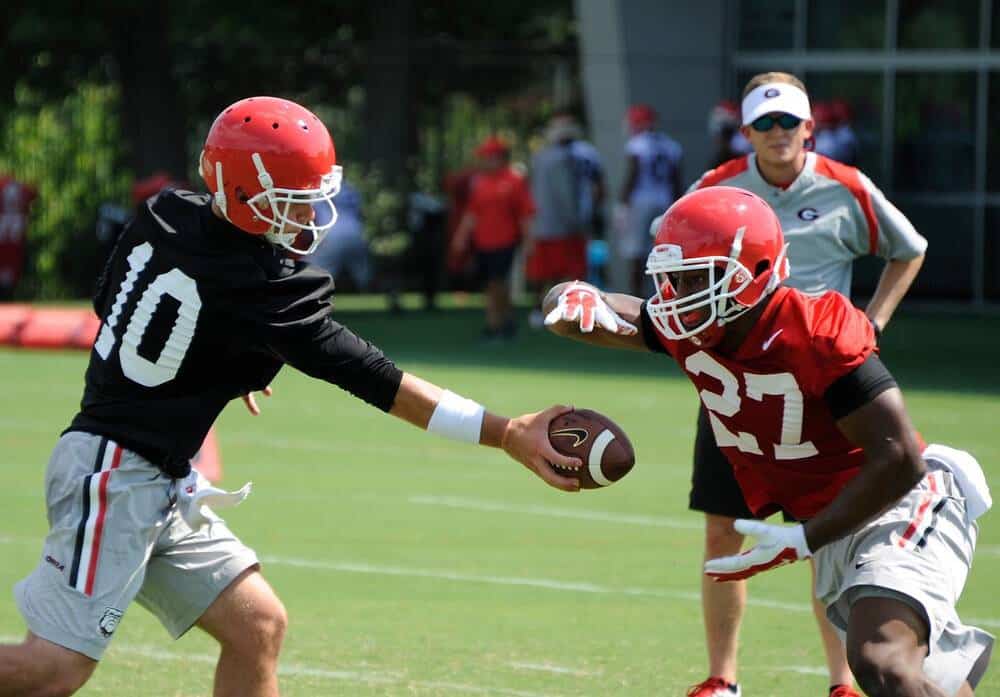 “It was a typical day one as far as a lot of reps,” said head coach Mark Richt. “There was a lot of good and bad. You could see that the veterans were ready to handle these types of practices with the knowledge and the strain of it. The young guys are learning.”

“There’s five days of acclimation that the NCAA has everyone do as far as just getting used to heat, getting used to contact, those types of things,” Richt said. “We’ll spend two days in shorts and helmets and two days in what we call shells or at least shoulder pads and helmets. So day five we’ll be able to put on the full pads for the first time. That’s kind of how we’re going to go. We’re looking forward to this camp. There’s been a lot of preparation between the end of the season and today to get us to this point. This is just another phase of preparation for game one, Louisiana Monroe. We’re looking forward to that.”

Georgia will play host to Louisiana-Monroe in the season opener Sept. 5 at noon ET. The game will be televised on the SEC Network.