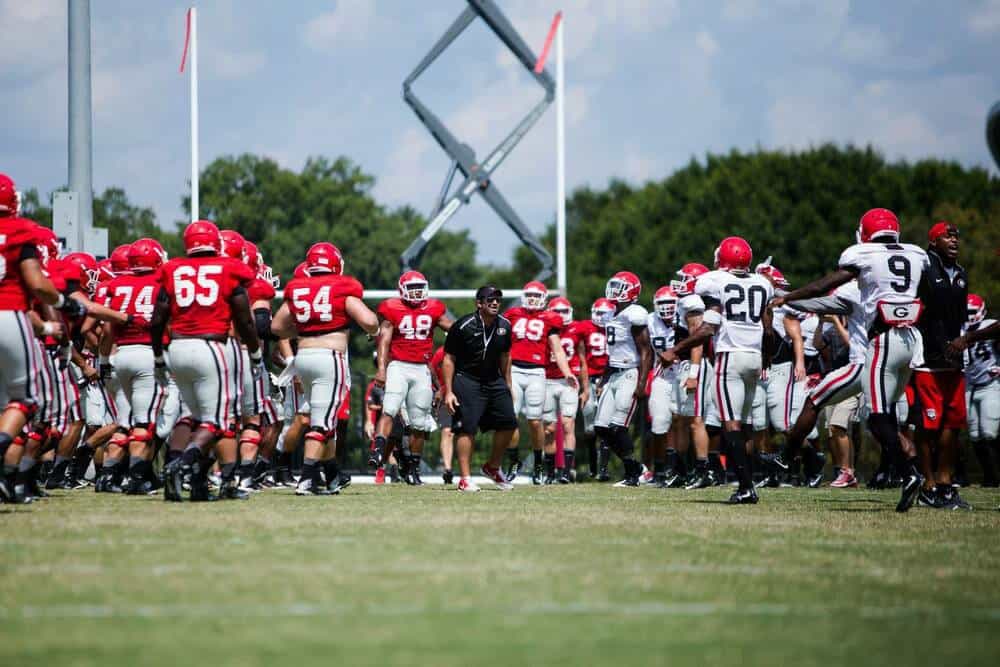 Wednesday’s workout was the 10th of preseason camp for the Bulldogs, who will return to practice on Thursday.

“Overall it’s been a good camp to this point,” head coach Mark Richt said. “I do appreciate the effort of the players. They have a very coachable and teachable attitude. I’ve not really seen anything that resembles a guy trying to do his own thing, and it’s all we can ask for – for these guys to do their very best and trust us. The coaching staff has been very diligent to take care of business as far as getting a good scheme and being demanding of doing things right. So at this point it’s been a good camp.”

Georgia will hold its first scrimmage of the preseason on Friday, and fall semester classes will begin on Monday.

Said Richt: “We want to have a good of a scrimmage as we can possibly have…we are going to take the three scholarship quarterbacks and give them as equal of an opportunity as possible. They’ll get shots with the ones and twos, and they may all get shots with the threes as well. A lot of times you only get good looks with the ones, but the two units have had their moments when they could pass protect. When you get a little bit of time in the pocket, it’s easier to gauge the quarterback’s ability to take care of business.”

The annual Fans’ Picture Day will be held Saturday in the Reed Plaza area of Sanford Stadium and will feature Richt, football players, cheerleaders, other UGA athletic teams, as well as “Que,” grandson of mascot UGA IX and a candidate to become UGA X.

Special ticket coupons are required for access to the location for Richt and “Que.” Those tickets will be distributed to the first 150 fans at 10:00 a.m. from the East End ticket windows on East Campus Road.

The ninth-ranked Bulldogs open their 2015 schedule Sept. 5 against Louisiana-Monroe at noon Eastern. The game will be televised by the SEC Network.