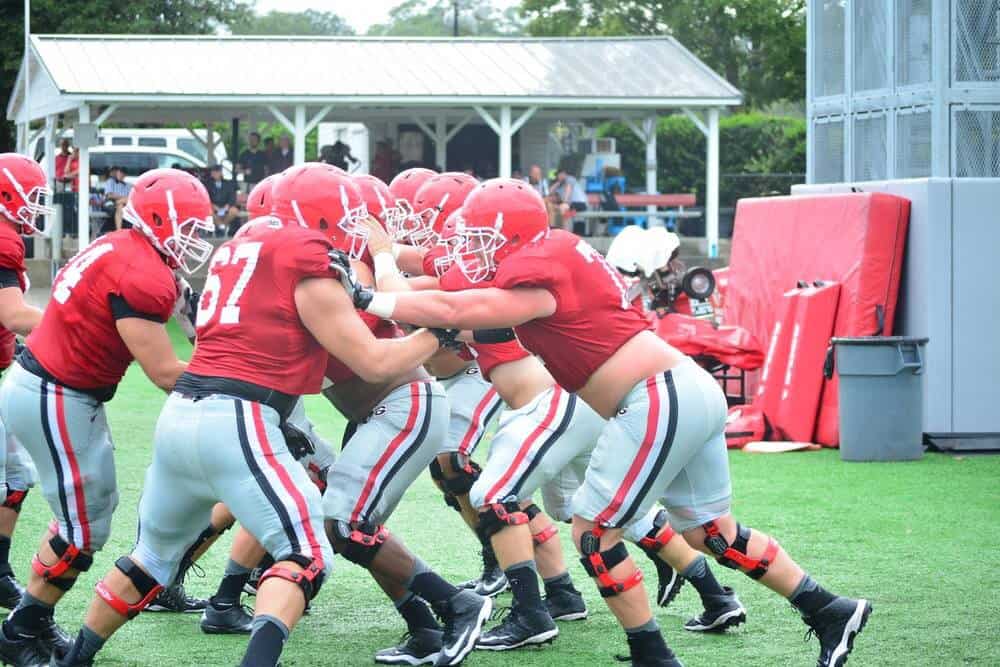 Following Monday’s heavy rains, the Bulldogs started Tuesday’s session on the FieldTurf on the Woodruff Practice Fields. About an hour into the workout, lightning was detected in the area and the Bulldogs did the final half of their practice in the Nalley Multipurpose Room.

Afterward, tailback Nick Chubb said the players and coaches are happy about the 2015 season being close to getting under way.

“The time is counting down,” Chubb said. “We see 20 days, 19 days, 18 days everywhere we go. Everybody is excited and it will be here before we know it. We’ve been working on our tempo and getting in great shape and great condition for the season.”

On Monday, Georgia offensive coordinator Brian Schottenheimer said the tight ends “have had maybe the best camp of everybody. … All those guys have done a good job.” That was was music to Jay Rome’s ears.

“We’ve been working really hard to be the best we can be,” Rome said. “Georgia has a tradition of great tight ends and we want to continue that. We’ve been encouraging each other and responding to what Coach has thrown at us.”

On Tuesday, three Bulldogs were named to the CBS Sports 2015 Preseason All-America Teams. Chubb made the First Team, while offensive guard Greg Pyke and punt returner Isaiah McKenzie each made the Second Team.

Georgia will practice daily in full pads with the next off day slated for Sunday. The ninth-ranked Bulldogs open the season against Louisiana Monroe on Saturday, Sept. 5, at noon on the SEC Network.