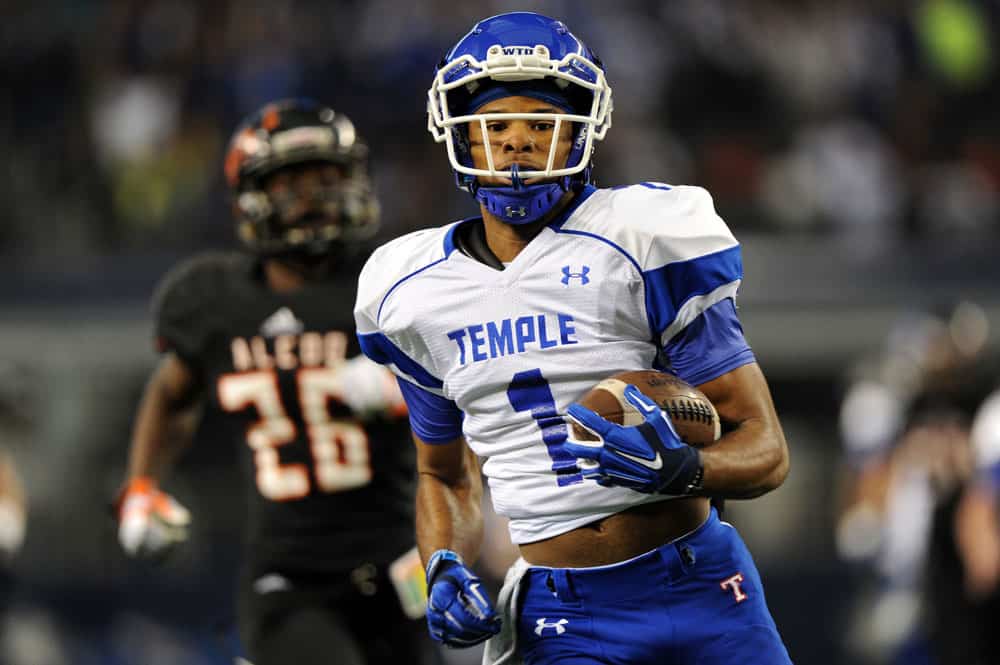 Three-star wide receiver Davion Curtis of Temple, Texas (Temple H.S.) has committed to UGA for the class of 2016.

Curtis announced his decision this afternoon on the David Smoak Show in ESPN Central Texas.

“My decision is to go to Georgia,” Curtis said. “I really like Georgia because the coaches are very down to earth. They know what they are talking about. They always send wide receivers to the league. They have a great pro-style offense that I like that I see myself fitting into. I really like the wide receivers coach a lot. Coach B-Mac (Bryan McClendon) he talks with me about being a better person more than just about football. I really like that about the coaches. I’m really psyched about it.”

Georgia now has 15 commitments for the class of 2016 and four are wide receivers. Davion Curtis joins Charlie Woerner, Darion Anderson and Randrecous Davis.