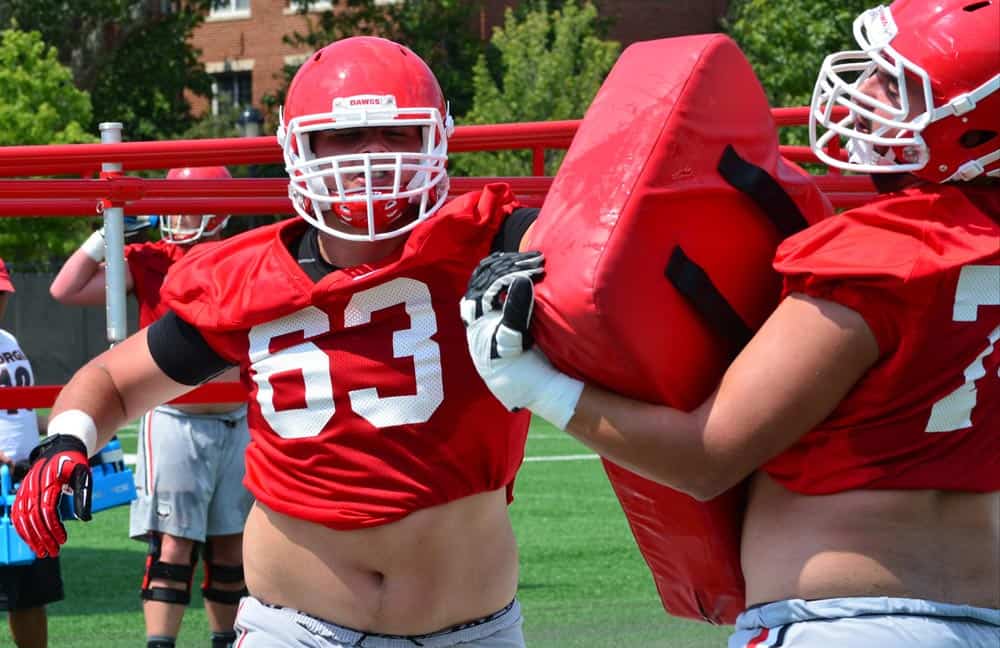 ATHENS, Ga. – The Georgia football team held its second practice of preseason camp Wednesday afternoon at the Woodruff Practice Fields, working out for approximately two hours in shorts and helmets.

Wednesday was the second of 11 consecutive days of practice for the Bulldogs, and offensive coordinator Brian Schottenheimer said he has been pleased with his unit so far.

“I think we’ve had two good days,” Schottenheimer said. “It’s a little different when you don’t have pads on, but I know yesterday was real crisp and clean, playing at a fast tempo in terms of personnel. We just have to keep putting days on top of each other and stacking them and getting better each day.

“I think some of the young receivers have shown the ability to not only make plays, but pick up the system, and that’s important. We’re also learning about some of the young linemen. They are going up against really good players. So far so good.”

The Bulldogs will practice in shells on Thursday and Friday before they wear full pads for the first time on Saturday. Georgia will hold its lone two-a-day practice of the preseason next Monday.

Georgia, which came in at No. 9 in the Amway Coaches Poll released last week, opens the season against Louisiana-Monroe Sept. 5 at noon Eastern. The game will be televised by the SEC Network.