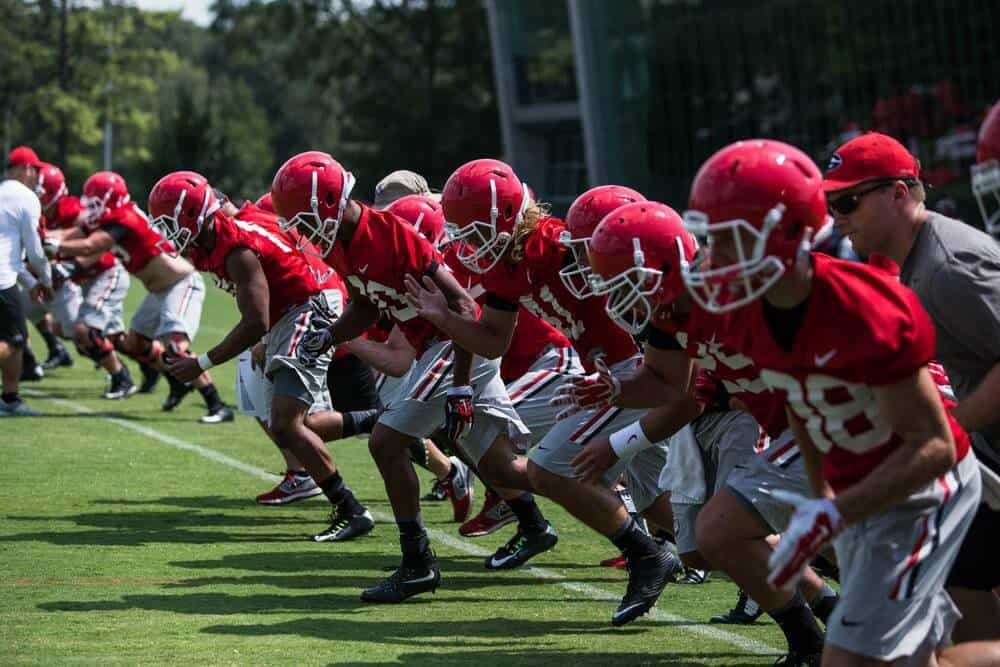 ATHENS, Ga. – The Georgia football team worked around a lengthy weather delay Thursday before holding its third session of preseason camp at the Woodruff Practice Fields.

The Bulldogs were slated to begin practice at 2:55 p.m., but they were forced inside due to lightning. The team held meetings, conducted a walk-through and stretched indoors before eventually hitting the field at 5 p.m.

“Despite the fact that we had to deal with the weather delays, we did get some quality work in at practice even if we had to cut it short outside,” Georgia coach Mark Richt said. “We did a lot of team work, some more installation including extra point and field goals. Overall, we got in what we needed.”

It marked the third of 11 consecutive days of practice for the Bulldogs as they worked outside for 90 minutes in shorts, shoulder pads and helmets.

The Bulldogs are slated to practice again in shells Friday before they don full pads for the first time on Saturday. Georgia will hold its lone two-a-day practice of the preseason next Monday.

Georgia, which came in at No. 9 in the Amway Coaches Poll released last week, begins the season against Louisiana Monroe Sept. 5 at noon ET. The SEC Network will televise the game.