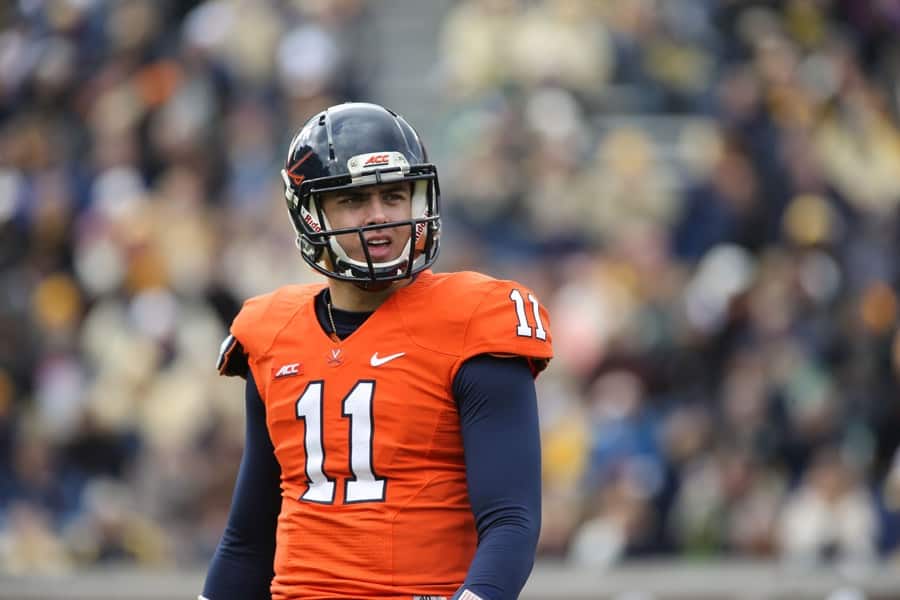 Former Virginia quarterback Greyson Lambert will visit Georgia this Saturday and Sunday, per a report by 247Sports.

Lambert, who just graduated from the University of Virginia, has two seasons of eligibility remaining and can play immediately.

As a sophomore, Lambert started nine games for the Cavaliers. He completed 154 of 261 passes for 1,632 yards with 10 touchdowns and 11 interceptions. He missed three games, however, due to an ankle injury.

Earlier today, the Athens Banner-Herald reported that Georgia had received permission to speak with Greyson Lambert.