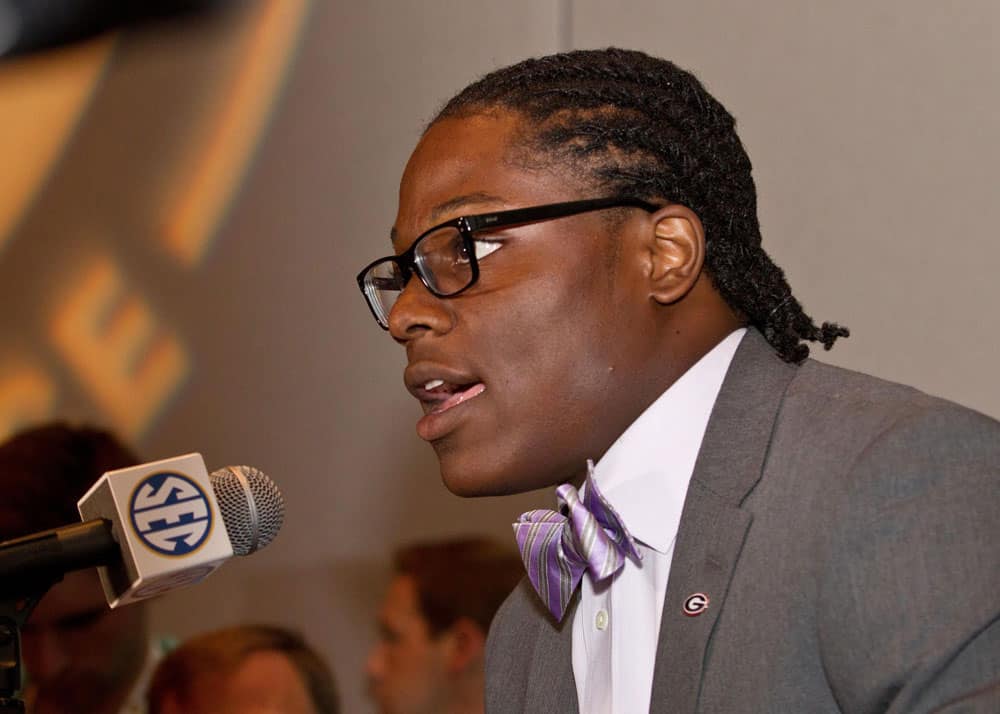 Conley and Trimble were chosen by a committee of Faculty Athletics Representatives from SEC universities. Each will receive a $10,000 post-graduate scholarship, provided by the SEC.

“Chris Conley and Grace Trimble have established themselves as leaders among the many SEC student-athletes who contribute to their communities and are committed to service to others,” said Slive. “Chris and Grace are outstanding representatives of their institutions and the SEC. They truly represent all that is great about the SEC and collegiate athletics.”

The SEC Community Service Post-Graduate Scholarship is named for former Associate Commissioner Brad Davis. Davis succumbed to cancer on March 2, 2006. He had been a member of the SEC staff since 1988, first serving as an assistant commissioner until 1994 when he was promoted to associate commissioner.

Conley was selected in the third round of the recent NFL professional football draft by the Kansas City Chiefs.