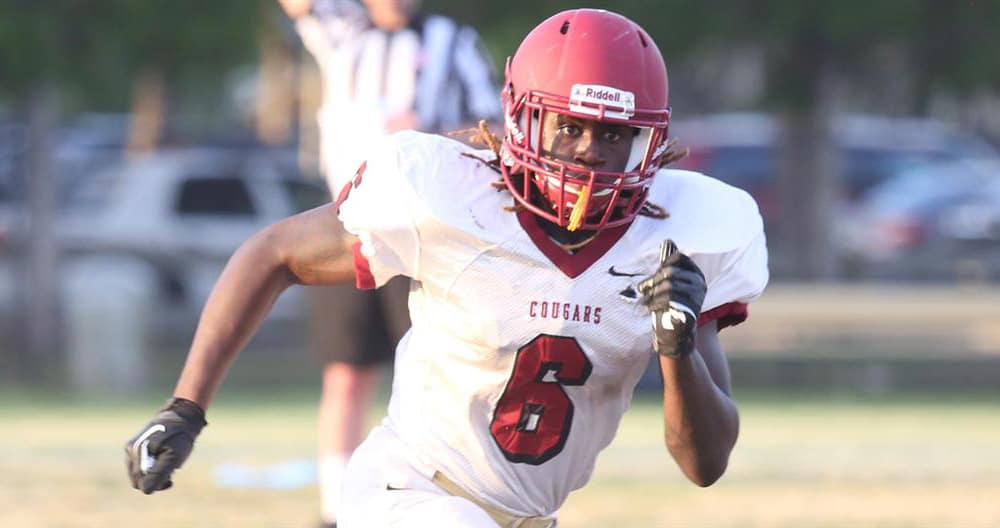 The Dawgs kept the momentum going today with another commitment for 2016, this one from 3-Star cornerback Malek Young of Pompano Beach, Florida.

Young (5-10, 175) committed to the Bulldogs over interest from most of the top schools in the country. Some of them include Cincinnati, Clemson, FSU, Louisville, Miami (FL), Michigan State, Mississippi State, Syracuse, West Virginia, and Wisconsin.

In the 247Sports Composite rankings, Young is listed as a 3-star recruit, the No. 46 cornerback, and the No. 515 overall recruit.

Rivals.com rates Malek Young as a 3-star recruit and the No. 27 cornerback. In the Scout.com ratings, Young is rated as 3-stars and the No. 75 cornerback.

Malek Young is commitment No. 9 for Georgia for the class of 2016. He joins a current crop of recruits for UGA that, according to the 247Sports Composite, now includes two 5-stars, three 4-stars, and four 3-stars.