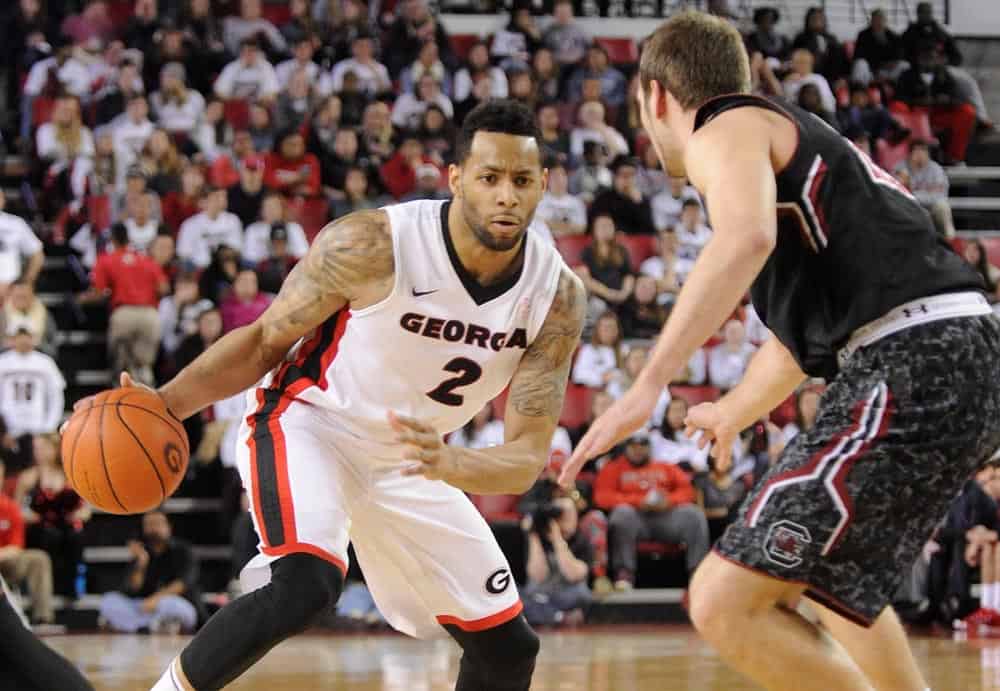 On Tuesday night, the Georgia Bulldogs host the top-ranked and undefeated Kentucky Wildcats (29-0, 16-0 SEC) at Stegeman Coliseum in Athens.

The game is slated for a 9pm ET broadcast on ESPN.

Mark Fox announced today that all three Bulldog seniors, forward Nemi Djurisic, guard Taylor Echols (walk-on), and forward Marcus Thornton, will start the game. It will be their final game at home and each will be honored in a pre-game ceremony.

The Bulldogs have asked for a fan Black Out for the Kentucky game, although Mark Fox said today that they won’t be wearing their black road jerseys.

Despite a "blackout" being called for Tuesday night, Coach Fox said his team will not wear black

Tuesday night’s meeting between Georgia and Kentucky will be the 145th meeting all-time between the two schools. The Wildcats lead the overall series 118-26.