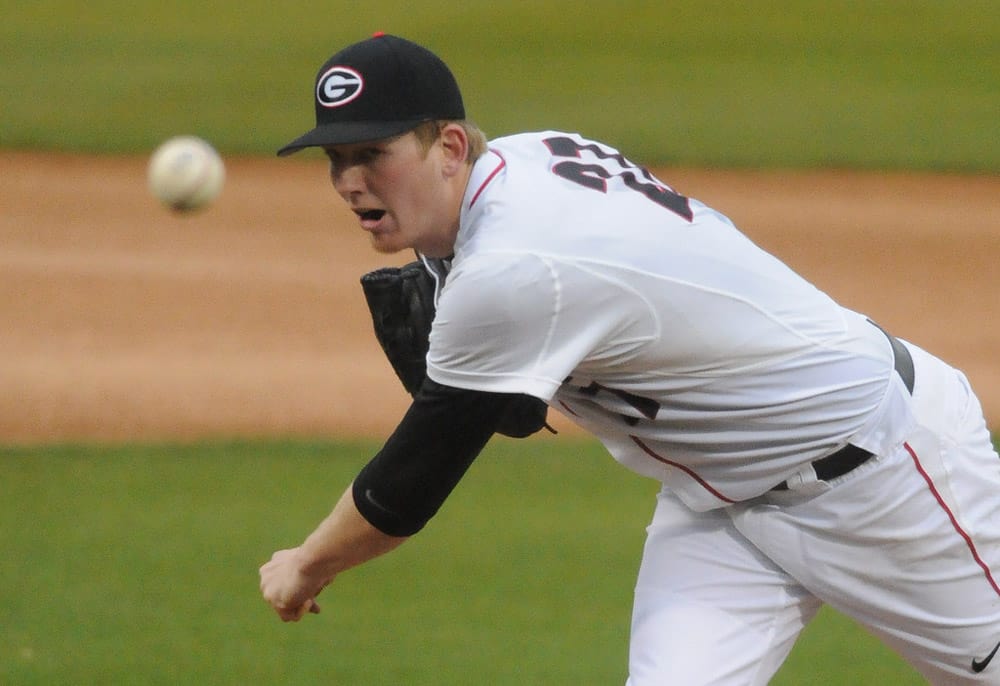 ATHENS, Ga. – Mercer scored 11 runs in the first three innings and went on to register a 16-4 victory over Georgia Tuesday at Claude Smith Field.

The Bears (12-11) jumped ahead 4-0 in the first, doing all the damage with two outs off freshman left-hander Ryan Avidano. Kyle Lewis reached on a double and two wild pitches later it was 1-0. Then following a double and a walk, catcher Charlie Madden connected for a three-run home run. The Bears added two more runs in the second, chasing Avidano and then broke the game open with a five-run third off sophomore Drew Moody. Freshman Bo Tucker and senior Taylor Hicks followed out of the bullpen, and they allowed a run each over the next three innings. Sophomore Austin Wallace started the bottom of the sixth and was the first Bulldog to blank the Bears in an inning and freshman Blake Hamilton did it as well in the seventh. The Bears added three runs in the eighth for the final margin.

With the loss, the Bulldogs (12-9) dropped their fourth straight. The Bulldogs scored their first run in the second when senior catcher Brandon Stephens (4-for-4, 3 RBI) reached on a single and eventually scored on a Mercer throwing error. Then with two outs in the ninth, Stephens launched his second career home run, a three-run shot to make it 16-4.

Stephens and Jared Walsh, the two senior co-captains, were the only Bulldogs to play the entire game as Georgia got several younger players action after Mercer built its large lead. Stephens tied his career high with a three-hit game. Georgia sophomore centerfielder Stephen Wrenn drew a walk in the third inning to extend his streak of reaching base in all 21 games this year.

“Mercer was locked in all day long, and they made some great plays and turned three double plays, and we played very poorly,” Georgia coach Scott Stricklin said. “Our captains, Brandon Stephens and Jared Walsh, I’m proud of those two seniors, they fought all game long in a tough situation. The bottom line is you have to compete every time you play, and we’ve got some guys that are not playing with a lot of confidence. We’ve got two days of practice to get ready for Tennessee.”

Mercer starter Grant Papelian provided 5.2 innings for the win and moved his record to 2-1. Avidano got the loss to fall to 2-1 after surrendering six runs (four earned) on four hits in 1.1 innings. Eight Bulldog pitchers saw action Tuesday.

Up next, the Bulldogs return to Southeastern Conference action on Friday when they begin a series against Tennessee (9-8, 1-2 SEC) in Knoxville.