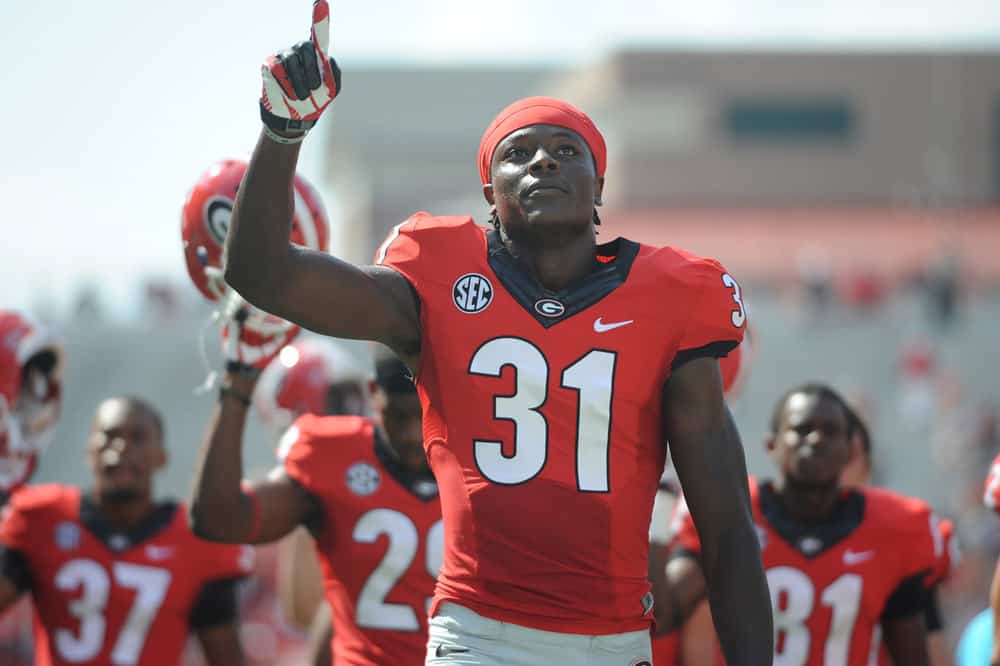 Conley, who is the first collegiate athlete to win the award, was honored alongside Lifetime Achievement winner Tom Glavine. The Community Spirit Award is presented annually to an Atlanta area athlete or coach who is actively involved in the community and epitomizes the highest standards for leadership, sportsmanship and integrity. Last year’s award recipient was Falcons placekicker Matt Bryant.

“When you hear the name Chris Conley, you not only think of Georgia football, but you think of his off-the-field achievements and his character; that says a lot about the type of young man he is,” said Dan Corso, executive director of the Atlanta Sports Council. “Chris has broken the mold for what a student-athlete should be. Every team and community should be so lucky to have an individual like Chris to represent them.”

Off the field, Conley represented the Southeastern Conference on the NCAA Student-Athlete Advisory Committee, becoming a trusted adviser of NCAA President Mark Emmert, who has called Conley a “remarkable young man.” He was a leader and voice for the rights of student-athletes, prompting the NCAA to involve student-athletes in the governance structure of the organization.

Conley was also the first student-athlete to successfully petition for his own Kickstarter campaign. He will use the money to fund his second feature film based on a superhero of his own creation. Last summer, Conley’s Star War’s fan-film “Retribution” was a hit with more than 400,000 views on YouTube.

“Football has been a big part of my life, but there are also other interests and passions I have off the field. I enjoy being around people and sharing experiences with them,” said Conley. “Being recognized for the contributions made to my community is a huge honor, and I am extremely grateful to be selected as this year’s award recipient.”

When he’s not filmmaking or playing football, Conley volunteers for a variety of causes including “Learn, Play, Excel,” the UGA Athletic Association’s program promoting leadership, anti-bullying, respect for authority and the value of athletics participation with Athens and Atlanta-area elementary schools; Home Runs for Hometown, a softball game for Special Olympians; Samaritan’s Feet, a nonprofit that donates and distributes shoes to those in need; Read Across America, a national initiative that focuses on reading to young students; the Bulldogs Battling Breast Cancer Golf Tournament; and Camp Sunshine, a facility for children with cancer.

Conley is no stranger to the awards circuit. Following his senior season at UGA, he was honored with placement on the Allstate/AFCA Good Works Team and the SEC Community Service team, and he was named a semifinalist for the National Football Foundation’s Campbell Trophy and Wooden Citizen Cup. He was also named an NCAA Division I Senior CLASS Award finalist, as well as a member of the 2014 Capital One Academic All-District Football Team.

Since graduating with a degree in journalism in December, he is currently training for UGA Pro Day on March 18 following a sensational performance at the NFL Combine. Conley ran the third-fastest 40-yard dash time (4.35) among the receivers in the 2015 draft class and recorded a vertical leap of 45 inches and a broad jump of 11 feet, 7 inches, which are the best marks recorded by a receiver since at least 2006.

The Atlanta Sports Awards, held annually at The Fabulous Fox Theatre, was created in 2006 by the Atlanta Sports Council to galvanize the high school, collegiate and professional sports community.