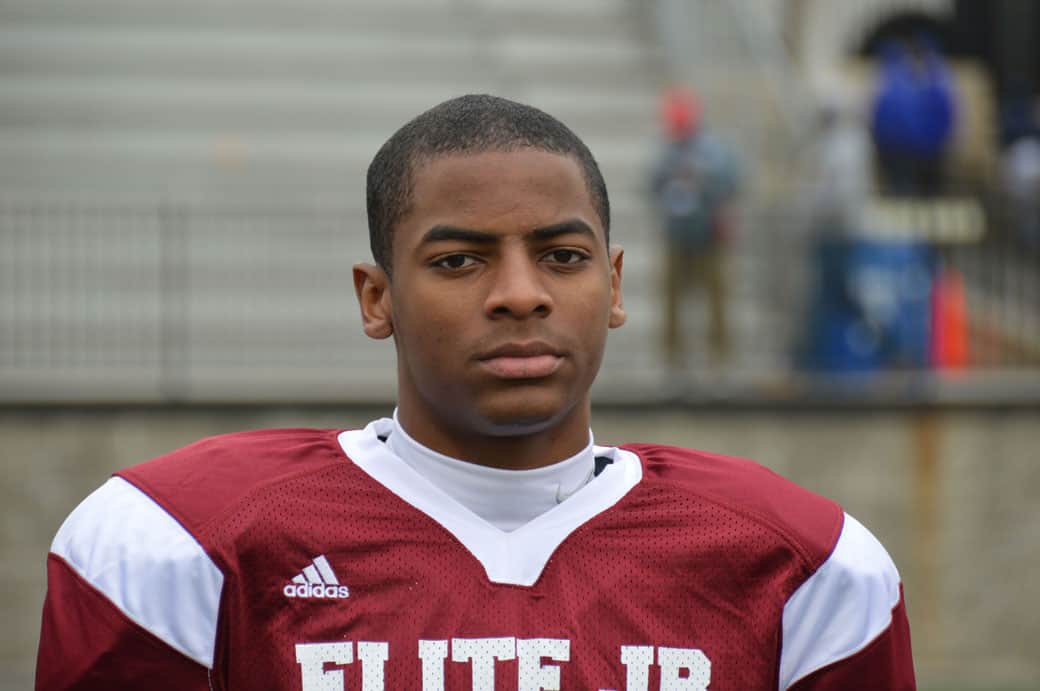 On the eve of National Signing Day, the Georgia Bulldogs have lost another 2015 wide receiver commitment. Darius Slayton has decommitted from UGA and has now committed to play for the Auburn Tigers.

Slayton informed fans of his decision via Twitter around 10:30pm tonight.

Darius Slayton then tweeted a few minutes later that he has “officially committed to the University of Auburn WAR EAGLE!!” It’s actually Auburn University, but I digress.

Slayton (6-2, 182) attends Greater Atlanta Christian School in Norcross, Ga. He committed to the Bulldogs in December over offers from most of the top schools, including Alabama, Auburn, Clemson, Florida, LSU, South Carolina, and Tennessee.

In the 247Sports Composite rankings, Slayton is listed as a 4-star recruit, the No. 15 wide receiver, and the No. 141 overall recruit.

Rivals.com rates Darius Slayton as a 4-star recruit, the No. 19 athlete, and the No. 31 recruit in the State of Georgia.

The Bulldogs now have only three wide receivers and/or athletes committed for the 2015 class. Remaining commits for UGA are Michael Chigbu (WR), Terry Godwin (ATH), and Jayson Stanley (WR).

Slayton’s decommitment knocks the Dawgs’ 2015 class down to 24 recruits.