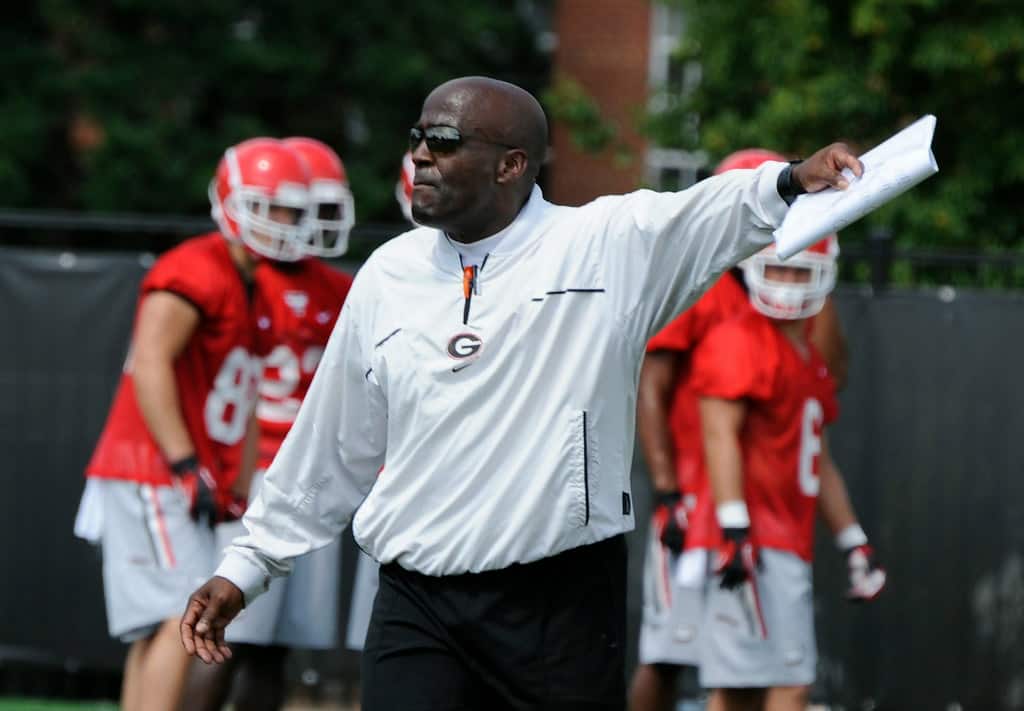 UGA wide receivers coach Tony Ball has been mentioned as a “potential candidate” for the same position with the LSU Tigers, according to a report by NOLA.com.

The emphasis here is “potential candidate” because NOLA.com nor any other credible source has reported that Tony Ball has interviewed for the position or even expressed any interest.

Here is what NOLA.com had to say about Tony Ball:

Ball was brought on to the Georgia staff in 2006 as a running backs coach, after a successful run as the Virginia Tech wide receiver coach. As a running backs coach he mentored former Georgia and current NFL star Knowshon Moreno before switching to wide receivers in 2009, where he tutored A.J. Green, Tavares King and Detroit Lions receiver Kris Durham. Ball also coached Eddie Royal and Ernest Wilford, two productive NFL veterans, while he served as the wide receivers coach at Virginia Tech. He also coached receivers at Louisville and the University of Tennessee-Chattanooga.

As a recruiter, Ball’s main territories have been the state of Georgia and he has recently undertaken the task of recruiting New Orleans, where he found success with a signing from Holy Cross wide receiver Michael Chigbu. Also, Georgia finished third for Warren Easton standout and LSU signee Tyron Johnson. The Johnson family spoke highly of Ball throughout Tyron’s recruitment.

What ties all of these candidates together and why would they be mentioned as candidates? They all have some connection to Louisiana. For Tony Ball, he was recently given the task of recruiting New Orleans, according to the report.

Tony Ball has been with the Georgia Bulldogs since 2006 when he came over from Virginia Tech. Ball coached the running backs for three seasons before being named the wide receivers coach in 2009.

As I mentioned previously, it appears that Tony Ball is merely a “potential candidate” for the position by mention only and not a “finalist” or anything else at this time.