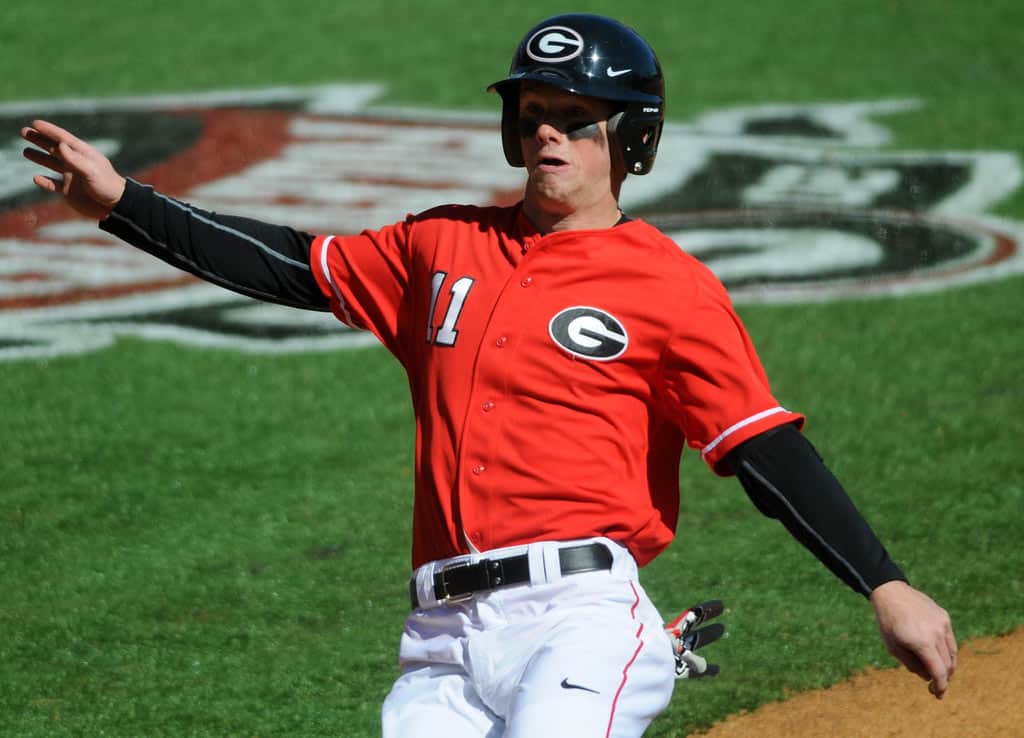 ATHENS, Ga. – The Georgia Bulldogs (3-0) used a six-run fifth inning to complete their opening weekend sweep of the Eastern Illinois Panthers (0-3) with an 11-1 win Sunday at Foley Field.

Stephen Wrenn, (3-for-5, RBI, run scored) Nick King, (2-for-2, 2 runs scored, 2 RBIs, stolen base) and Skyler Weber (1-for-3, two RBIs, run scored) led the way for the Bulldog offense, accounting for five of 11 runs and six of 14 hits. Wrenn hit a team-best .462 (6-for-14) in the series while sophomore infielder Mike Bell had four extra base hits and seven RBI against the Panthers on the weekend. Georgia outscored EIU 39-6.

On Sunday, Georgia broke the game wide open with a six-run fifth inning, sending 11 batters to the plate seven of them reaching base safely.

“You throw it, you catch it, you hit, the guys did a great job,” Georgia head coach Scott Stricklin said. “If you go an entire weekend and don’t make an error, and gosh we only walked one guy today, pitching and defense are going to do it. We got some big hits, guys all the way one through nine I thought really played well.”

Georgia would add three runs in the bottom of the eighth via two hits and two walks to close out the afternoon, offensively.

The Bulldogs are slated to face their first two ranked opponents this week when they travel to No. 19 Kennesaw State on Tuesday (5 PM) and play host No. 22 Florida State starting Friday in a three-game set at Foley Field.