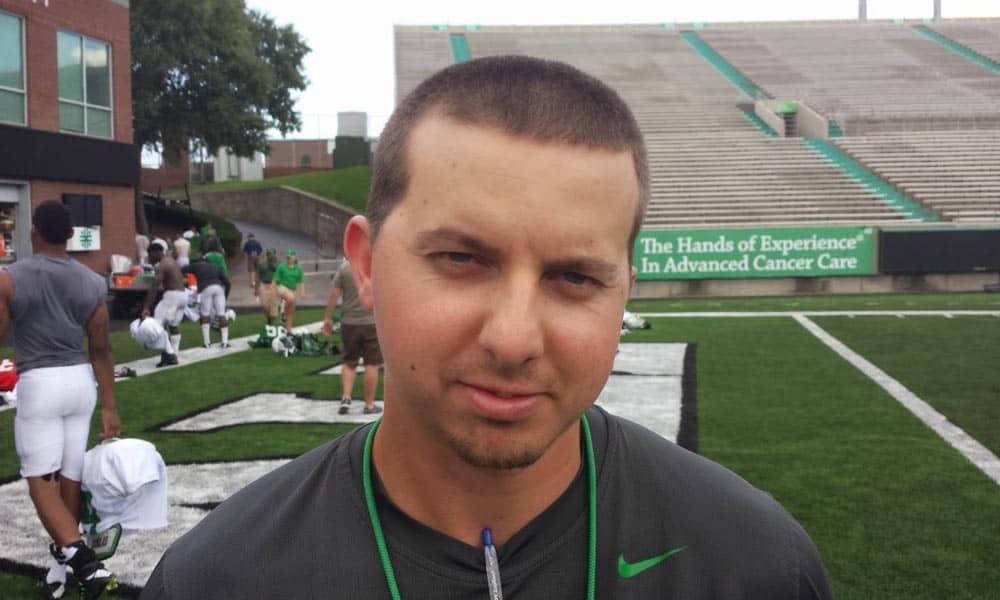 ATHENS, Ga. – Todd Hartley, assistant coach and recruiting coordinator at Marshall University, has been named Director of Player Personnel at the University of Georgia by UGA head coach Mark Richt.

Hartley joined the Marshall staff in March, 2011, and served as the Herd’s safeties coach for two seasons before being named tight ends coach and recruiting coordinator in March, 2013. A graduate assistant coach at Georgia in 2009, he was named “interim defensive backs coach” for the 2009 Independence Bowl. The Bulldogs won the game, 44-20, over Texas A&M – a team that entered the game with the nation’s fifth ranked scoring offense.

“We’ve worked with Todd in the past at Georgia and he did an excellent job including his interim role with our defensive staff,” said Richt. “He’s a tireless worker and having served as recruiting coordinator and on-field coach in recent years he has a strong sense of what we are looking for in a student-athlete at Georgia.”

A native of Gray, Ga., Hartley is married to the former Jessica Spires and they have three children: son Tucker and daughters Tenley and Teagan.