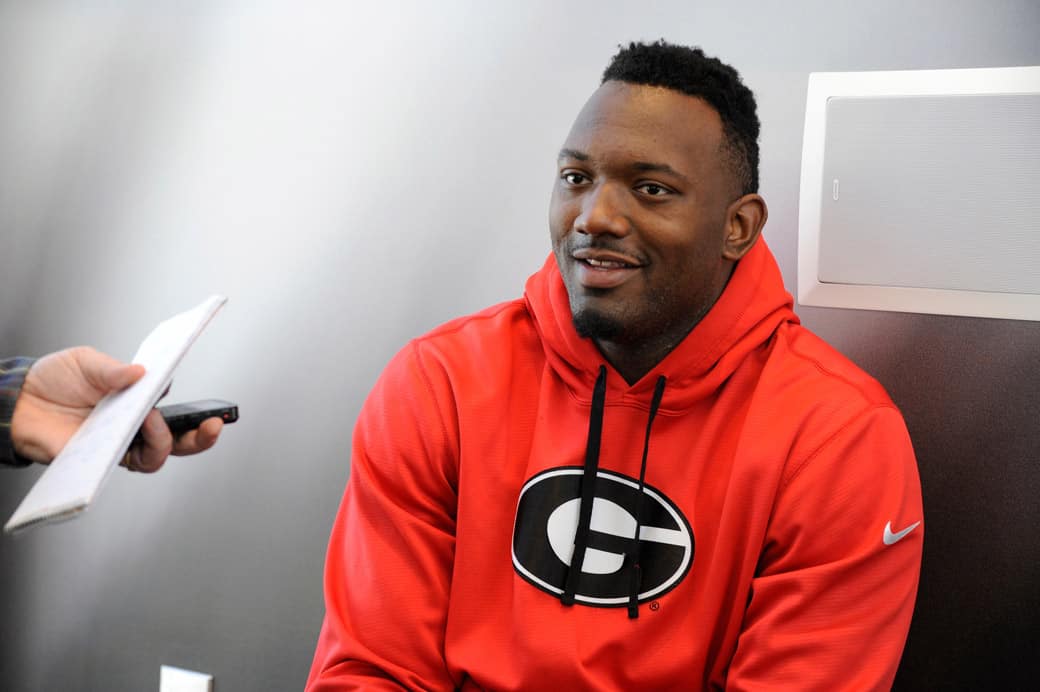 UGA linebacker Amarlo Herrera has been added to the 2015 Reese’s Senior Bowl roster for the South team.

Herrera is a late addition to the roster and is filling in for teammate and fellow linebacker Ramik Wilson. According to the Athens Banner-Herald, Wilson had to remove himself from the event due to an undisclosed injury.

Guess I’ll be wearing the G helmet another week 🙈🙈🙈🙊🙊🙊

Herrera, who hails from College Park, Georgia, was officially measured this morning. He checked in at 6’0″ and 243 pounds.

The Senior Bowl will be played on Saturday, Jan. 24 at 4pm ET and will be televised by the NFL Network.