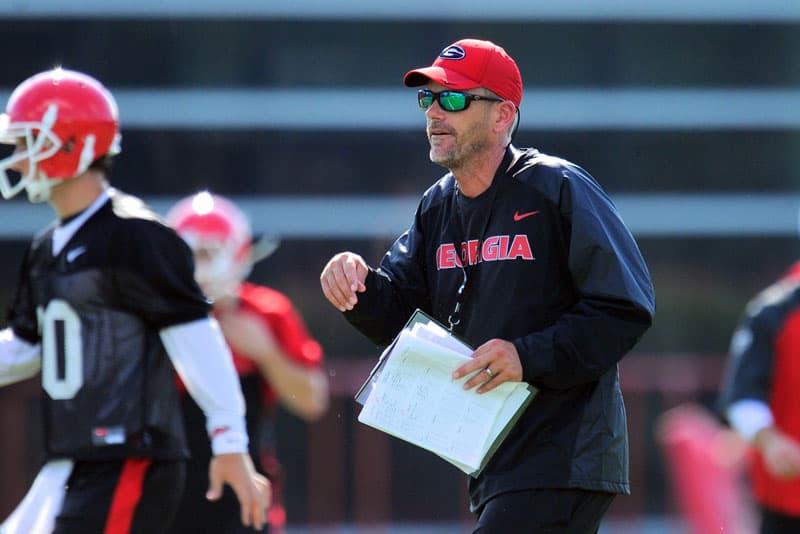 Mike Bobo to Colorado State is now official. In an official announcement on their website, the Rams have named Bobo as the 22nd head coach in the history of their program.

Bobo will be officially introduced at a press conference Tuesday, Dec. 23 at 3pm ET. It can be viewed live at CSURams.com/videos.

Below is a snippet from the official release:

Colorado State University President Tony Frank today announced the appointment of Mike Bobo to be head coach of the Rams’ football program. Bobo will be the 22nd head coach in the history of the program, and comes to Fort Collins after spending the past 14 seasons at Georgia, including the last seven as offensive coordinator.

Bobo’s 14-year stint at Georgia, where he played collegiately, began in January, 2001, when head coach Mark Richt hired him as quarterbacks coach, for his second stint with the school. He was promoted by Richt to offensive coordinator in 2007.

In 2014 Bobo led a Bulldogs offense that averaged 41.7 points per game, which ranked eighth nationally, and racked up 454.9 yards of total offense per game. Against teams currently ranked in the top-25, UGA compiled a 3-2 record while scoring 34.4 points per game.

UGA now has to replace their quarterbacks coach and offensive coordinator. For Tuesday’s Belk Bowl game against Louisville, it’s likely that head coach Mark Richt will call the plays.

In addition, the Bulldogs may have to replace any additional staff members that follow Mike Bobo to Fort Collins, such as offensive line coach Will Friend.

And there’s also a new rumor out there that Texas A&M has offered UGA defensive coordinator Jeremy Pruitt a $1.8 million salary to move to College Station. The combination of Bobo and Pruitt leaving Athens could be devastating for the Dawgs. Let’s hope Pruitt stays.