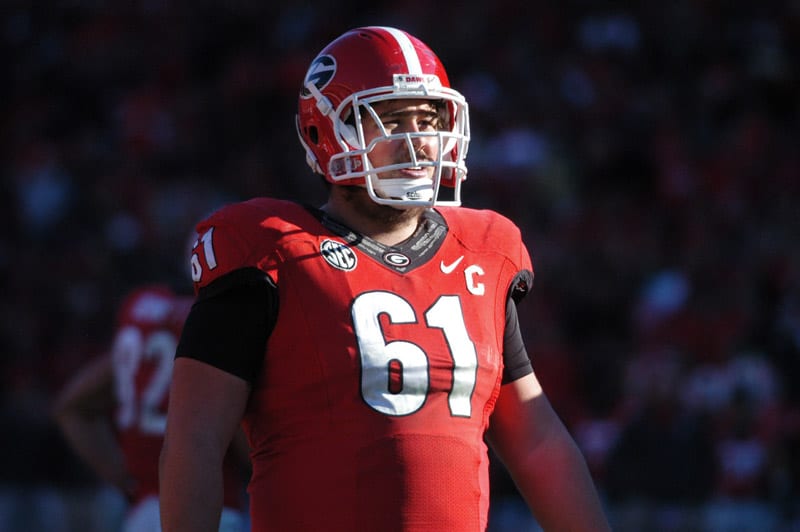 Andrews was named recipient of the Vince Dooley Most Valuable Player Award, and he was also named the team’s overall permanent captain for 2014. Mason was elected the team’s offensive captain, Herrera, Swann and Thornton were chosen as the defensive captains, while Valvas was named the special teams captain. Mason was also named winner of the David Jacobs Award as the player who, by example, portrayed courage, spirit, character and determination.

The Charley Trippi Most Versatile Awards were presented to junior fullback Quayvon Hicks of Blackshear and senior inside linebacker Ramik Wilson of Tampa, Fla., while the Frank Sinkwich Toughness Awards were presented to Andrews and Thornton. Junior split end Malcolm Mitchell of Valdosta was named Comeback Player of the Year, and Vavlas was presented with the Senior Scholar Award.