Georgia-Auburn to be televised by ESPN at 7:15

Georgia-Auburn to be televised by ESPN at 7:15 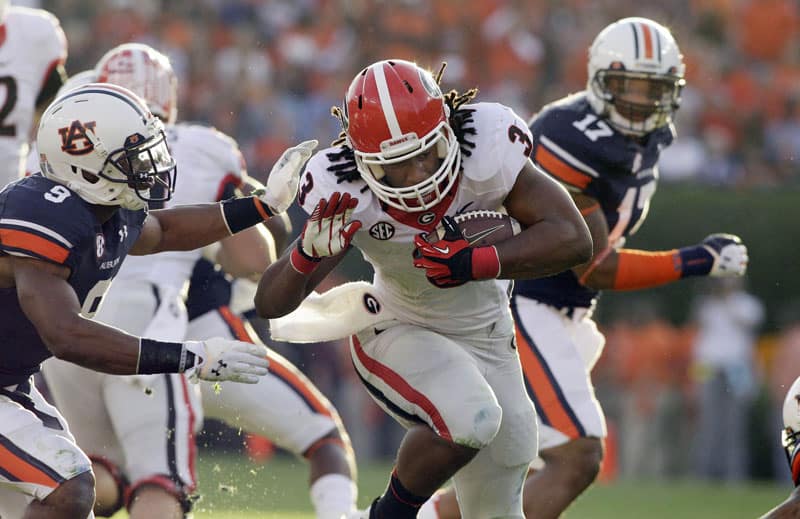 The Georgia-Auburn game in Athens on Nov. 15 will be televised by ESPN at 7:15pm ET, the SEC announced today.

This will be the latest kickoff for a Georgia game at Sanford Stadium this season. Georgia and Clemson opened the season in Athens with a 5:30pm kickoff.

Georgia has played on ESPN three times this season (vs. Clemson, vs. Tennessee, at Kentucky) and won each contest.

The Bulldogs haven’t played a game in Athens since their Oct. 4 win over Vanderbilt. Georgia hit the road for four-straight games at Missouri, Arkansas, Florida (at Jacksonville), and Kentucky.

Listed below is the full SEC TV schedule for the week of Nov. 15.