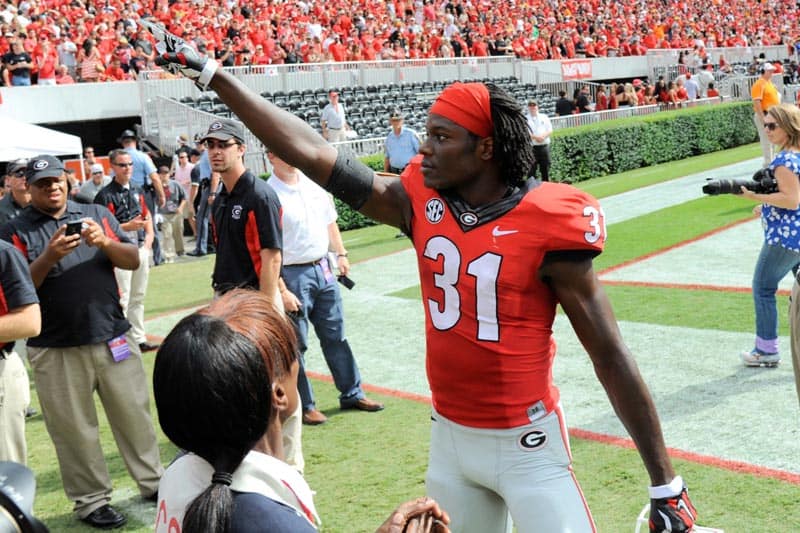 ATHENS, Ga. – University of Georgia senior wide receiver Chris Conley has been named to the 2014 Capital One Academic All-District Football Team, it was announced Thursday by the College Sports Information Directors of America (CoSIDA).

After earning a spot on the district team, Conley will now be placed on the national ballot for Academic All-America consideration where first-, second- and third-team All-America honorees will be selected later this month.

Conley, a 6-3, 205-pound native of Dallas, Ga., is majoring in journalism with numerous accolades for his contributions on and off the field. Earlier this fall, he was named to the American Football Coaches Association’s Allstate AFCA Good Works Team, the SEC Community Service team, a candidate for the Senior CLASS Award and a semifinalist for the National Football Foundation’s Campbell Trophy and Wooden Citizen Cup. Currently, he has a team-best 385 receiving yards on 22 receptions with three touchdowns for the 17th-ranked Bulldogs (6-2, 4-2 SEC).

To be eligible for Academic All-America consideration, a student-athlete must be a varsity starter or key reserve appearing in at least 50 percent of their team’s games, maintain a cumulative GPA of 3.30 or higher on a scale of 4.00, and have reached sophomore athletic and academic standings at his current institution.