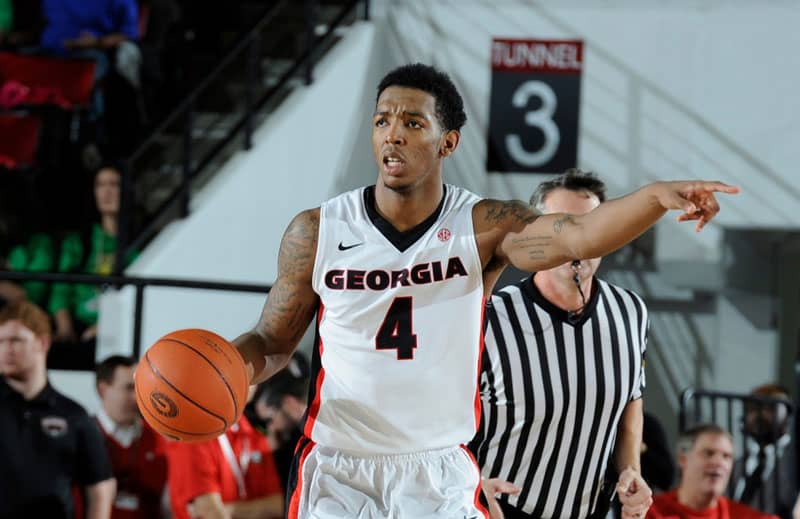 ATHENS, Ga. – Freshman forward Yante Maten posted a double-double with 10 points and 12 rebounds to lead the team as the Georgia Bulldogs defeated Georgia Southwestern 65-61 in an exhibition at Stegeman Coliseum on Thursday.

“It was good to get out in front of people,” Georgia head coach Mark Fox said after the game. “I wanted to get everybody significant time on the floor and it was a good experience for us. I am glad we got the first-game jitters out of the way. I was a little surprised how our returning players were a little uneasy to start the game, that was a little disappointing to me, but it was their first time out and they will move on.”

Georgia trailed 26-23 at the half after shooting just 34% from the field and connecting on just 3-of-8 free throw attempts in the opening period, but a 17-4 run to open the second half propelled the Bulldogs to a 40-30 lead with 10:31 remaining.

After a pair of free throws by sophomore J.J. Frazier cut the lead to one at the start of the second half, Damien Leonard hit a layup to extend Georgia Southwestern’s lead to 28-25. Georgia then scored 11 unanswered from four different scorers in a six-minute stretch to put the Bulldogs ahead 36-28.

The Bulldogs outscored Georgia Southwestern 38-12 inside the paint and gained a solid 40 total points from their bench players, including 25 in the second half.

Leonard led the Hurricanes with 25 points, connecting on 5-of-10 three pointers. Darius Redding shot 11-of-14 from the free throw line and added 15 points and eight rebounds, as well as three steals.

Georgia tips off the regular season on November 18 as the Bulldogs host Stony Brook in the NIT Season Tip-Off at Stegeman Coliseum at 7 p.m. ET.