Bulldogs getting ready for Georgia Tech

Bulldogs getting ready for Georgia Tech 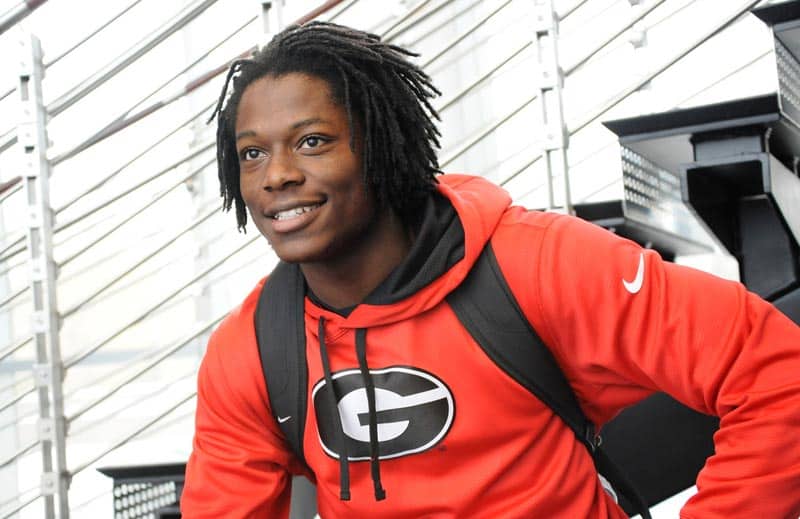 Richt and selected players took part in Georgia’s weekly press conference earlier in the day where they discussed the matchup with the Yellow Jackets.

“They’re a very hot team right now, and they are the ACC Coastal Division champions,” Richt said. “They’re a championship team this year and we need to play our best to have a chance.”

Saturday’s game features two of the nation’s top scoring offenses. Georgia is ranked first in the SEC and seventh nationally with 43.3 points per game, while Tech is first in the ACC and tied for 13th nationally at 37.8.

“Their offensive line is very impressive—three returning starters there,” Richt said. “Six returning starters offensively, overall, but three are up front. They average nearly 300 pounds. They’re big and athletic. In years past they weren’t quite as big as these guys but they are bigger, stronger, faster than I’ve ever seen so it will be a nice challenge for our defensive line and linebacking corps.”

The Bulldogs and Jackets are set for a 12:01 p.m. kickoff on Saturday, and the contest will air on the SEC Network. Georgia is 12-1 in the series under Richt.

A total of 27 Georgia players along with seven seniors on the support staff will be honored prior to Saturday’s game.

“They’ve been working hard their whole careers,” Richt said. “They’ve been bleeding for this program, risking bodily harm every time we practice and play, and they do it because they love Georgia. They love this team, they love their teammates, and Saturday is a day to be able to honor those guys and honor their families as well.”