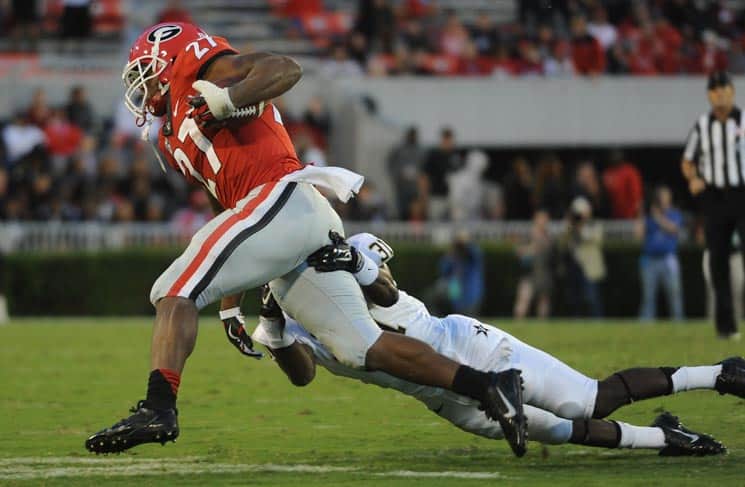 ATHENS, Ga. – Georgia tailback Nick Chubb has been named the Southeastern Conference Co-Freshman Player of the Week following his performance versus Vanderbilt, according to a league announcement on Monday evening.

Chubb split the honor with Florida defensive back Jalen Tabor.

Chubb, a native of Cedartown, Ga., relieved Gurley and went for a career-high 78 yards on eight carries (9.8 average) and scored a touchdown against the Commodores. His performance included a 33-yard scoring run that put the Bulldogs up 44-17 in the fourth quarter.

On the year, Chubb is Georgia’s second-leading rusher with 224 yards on 31 carries (7.2 average) and two touchdowns. He also has three catches for 31 yards and a score in the receiving game so far in 2014.