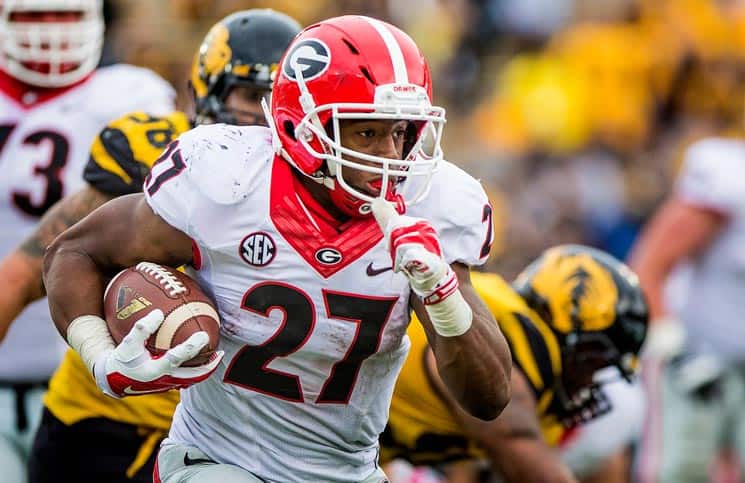 ATHENS, Ga. – Georgia tailback Nick Chubb has been named the Southeastern Conference Co-Freshman Player of the Week for the second consecutive time following his performance in the 34-0 rout at #23 Missouri, according to a league announcement on Monday evening.

Chubb, a native of Cedartown, Ga., got his first start in Gurley’s absence and racked up a career-high 143 yards rushing and a touchdown on 38 carries. This tied for sixth-most carries in school history and marked his first 100-yard rushing game. It was the most carries for a Bulldog since Verron Haynes carried the ball 39 times for 207 yards against Georgia Tech in 2001.

Chubb also added four catches for 31 yards (both career highs) to pace the Bulldog offense as Georgia dominated the game clock, holding the ball for 42:23. He has 367 yards and three scores on 69 carries this year to be the team’s second-leading rusher. Chubb also has seven catches for 62 yards and a receiving touchdown in 2014.