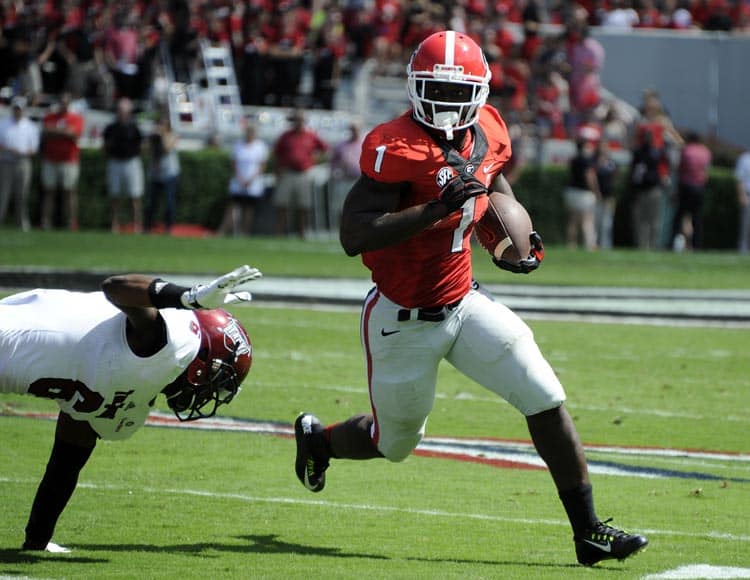 ATHENS, Ga. – Georgia tailback Sony Michel has been named the Southeastern Conference Freshman Player of the Week following his weekend performance against Troy, according to a league announcement on Monday.

Michel, a native of Plantation, Fla., ran for a career-high 155 yards on 10 carries (15.5 average) and three touchdowns in the 66-0 rout of Troy. His performance included a 75-yard run, which was the longest rush for the Bulldogs since Gurley scored on a 75-yard run at #8 Clemson in the 2013 opener.