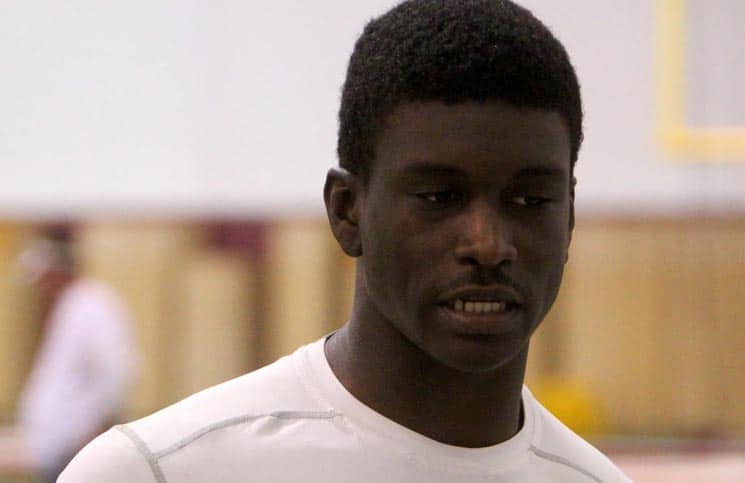 Barnett surprised everyone by flipping to the Bulldogs this morning. He then signed financial papers to attend UGA as a January enrollee at 10:30am at a ceremony at his high school.

4 star OL/DL Michael Barnett from Woodland has signed his early enrollee papers to attend #UGA. Was committed to #FSU pic.twitter.com/R8pHy9CWfL

Barnett (6-5, 258, 4.8) currently attends Woodland High School in Dorchester, South Carolina. He committed to the Florida State Seminoles back on June 15.

Barnett’s commitment gives the Georgia Bulldogs 22 commitments for the 2015 class and seven of those are along the defensive line.

The commitment to the G is always great to see. I love being a dawg and glad to see that I'm not alone. #CommitToTheG!