Temperatures on the rise as Bulldogs continue preseason camp

Temperatures on the rise as Bulldogs continue preseason camp 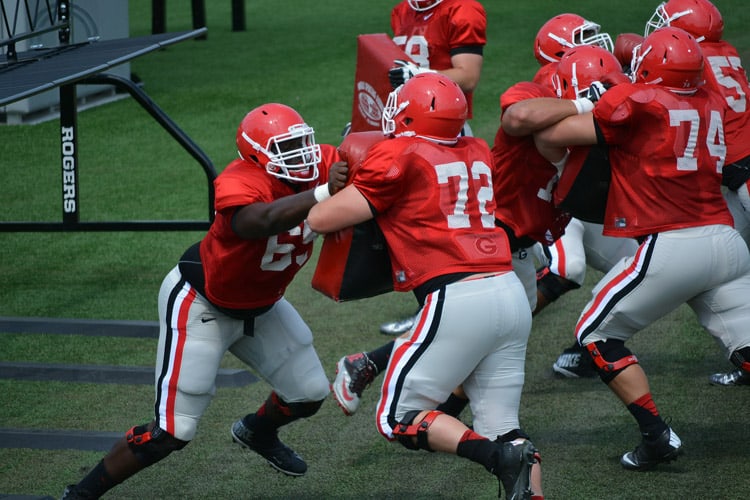 ATHENS, GA – The Georgia football team conducted its eighth practice of preseason camp Thursday in temperatures that held steady in the upper 90s for most of the two-hour workout in full pads.

The Bulldogs are nearing the end of nine consecutive days of practice, and senior linebacker Amarlo Herrera said preseason camp is going well.

“I feel good, I’ve been working all summer in the heat so it’s not a factor for me,” Herrera said. “We’re in shape and playing fast. Everybody is practicing hard, competing and learning the system.”

Senior defensive lineman Mike Thornton said as one of the veterans, he’s trying to help the younger players adapt to the college game and a new defensive staff.

“The transition for me is not hard because I’m one of the older guys in the room, and I’ve been through it.” Thornton said. “This defense is easier to pick up, but it’s still a complex defense. We’re getting better and pushing each other.”