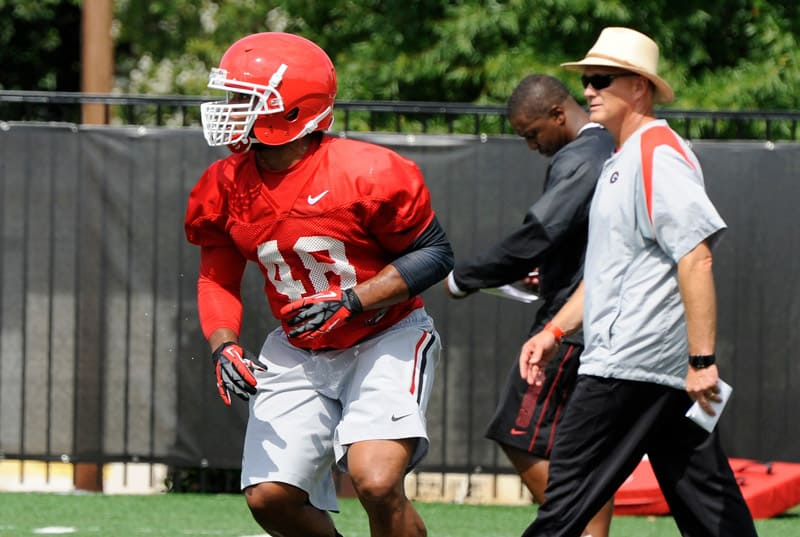 ATHENS, GA – The Georgia football team held its second practice of fall camp Saturday afternoon at the Woodruff Practice Fields, working out for approximately two hours in shorts and helmets.

Saturday was the second of nine consecutive days of practice for the Bulldogs, and head coach Mark Richt said he has been pleased so far.

“We have done a lot of work in just a short amount of time,” Richt said. “So far, so good.”

The Bulldogs will practice in shells on Sunday and Monday before they wear full pads for the first time on Tuesday. Georgia will hold its first two-a-day practice next Wednesday, one of four two-a-days in the preseason.

“It’s been good to go out there and play football finally,” said sophomore tailback Brendan Douglas. “It’s been a good two days. The weather has been great. Everybody has been getting after it and competing. We came in ready to go.”

Georgia, which came in at No. 12 in the Amway Coaches Poll released this week, opens the season against No. 16 Clemson Aug. 30 at 5:30 p.m. The game will be televised by ESPN.