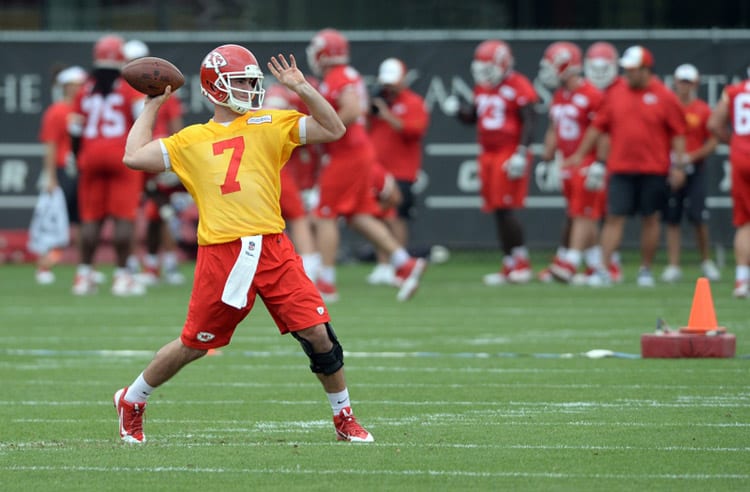 But you can watch the game online via NFL Preseason Live. The cost is $19.99 for access to virtually all preseason games through September 14.

Incumbent quarterback Alex Smith is the starter for the Chiefs. He will play the first quarter in tonight’s game, likely followed by Chase Daniel, Tyler Bray, and then Aaron Murray.

Chiefs head coach Andy Reid stated earlier this week that he wants the quarterbacks, and all of the young players, to get playing time.

“You’ve got a lot of young guys,” Reid said. “You want your veteran players to get back into game mode. You want your young guys to show the best they can show. Everybody will play in this game. Everybody’s going to have the opportunity to play. You want the guys to get themselves, not everybody can make the team. So, if they don’t make this team, they can have some tape out there that they can show and you want good tape for them so they have an opportunity to make it somewhere else.”

Aaron Murray was selected by Kansas City in the fifth round of the 2014 NFL Draft (163rd overall).