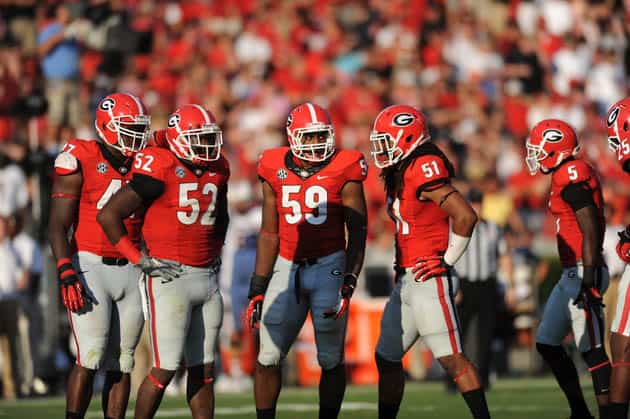 UGA linebackers Ramik Wilson, Jordan Jenkins, and Leonard Floyd have each been named to the 2014 Bednarik Award Watch List. A total of 76 players were named to the list.

The Chuck Bednarik Award is given to the college football defensive player of the year as voted by the Maxwell Football Club.

The formal presentation of the Bednarik Award will be made at the Maxwell Football Club Awards Gala hosted by Revel Casino Hotel Atlantic City on Friday, March 6, 2015.