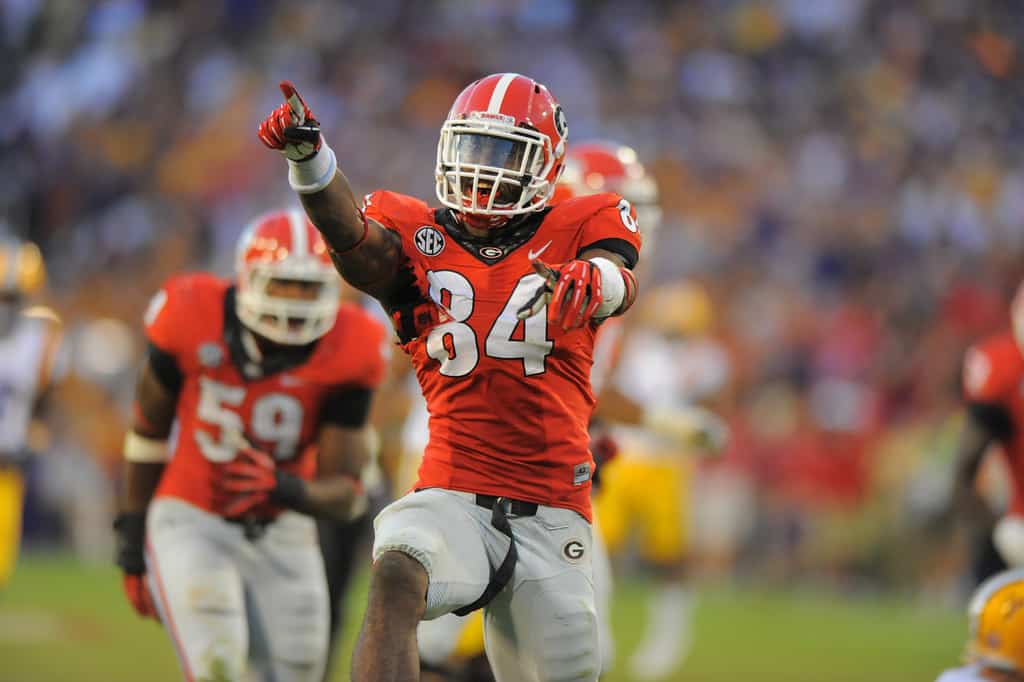 Senior center David Andrews is one of 64 players who have been included on the Outland Trophy Watch List. The Outland is given to the country’s most outstanding interior lineman.

The Football Writers Association of American (FWAA) will choose a Nagurski National Defensive Player of the Week each Tuesday throughout the season. If not already on the watch list, the honored player will be added at that time. The FWAA and the Charlotte Touchdown Club will announce five finalists for the award on November 20.

The Nagurski Trophy winner will be chosen from those five finalists who are part of the 2014 FWAA All-America Team. The annual Nagurski Trophy Banquet will be held on December 8 at the Westin Hotel in Charlotte.

The Outland Trophy list will be trimmed to six or seven semifinalists on November 20. Four days later, three Outland Trophy finalists will be named by the FWAA. The winner of the 69th Outland Trophy will be announced on ESPN on The Home Depot College Football Awards on December 11.

Floyd, a native of Eastman, Ga., earned Freshman All-America honors after leading all SEC freshmen with 6.5 sacks last season. Floyd finished 2013 with 55 tackles in only eight starts while also forcing two fumbles and blocking a field goal at Auburn.

Jenkins, a native of Hamilton, Ga., was an All-Southeastern Conference Second Team selection in 2013 after starting all 13 games and finishing with a team-leading 12 tackles for loss. Jenkins tallied 45 tackles on the year and added two fumble recoveries and a forced fumble.

Andrews, a native of Johns Creek, Ga., started all 13 games in 2013 and was a 14-game starter at center for the Bulldogs two years ago. He anchored an offensive line that allowed Georgia to average 484.2 yards per game and 36.7 points a game last season. Andrews also protected quarterback Aaron Murray on his way to four SEC career records.