Georgia at South Carolina to be televised by CBS at 3:30pm ET

Georgia at South Carolina to be televised by CBS at 3:30pm ET 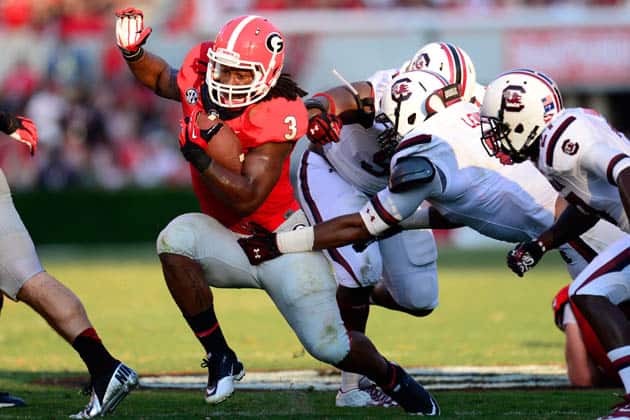 Georgia’s Sept. 13 football game at the South Carolina Gamecocks will be televised by CBS at 3:30 p.m. ET, the SEC announced today.

The Georgia-South Carolina game will be the debut of the “SEC On CBS” for the 2014 season.

Per UGA, the Bulldogs have appeared on CBS 77 times and have an overall record of 45-31-1.

The announcement also means that Georgia’s first three games, and possibly four, will each be on national television. The Bulldogs open the season vs. Clemson on Aug. 30, and that game will likely be televised by an ESPN network around 4-6pm.

After an off week, the Dawgs travel to Columbia to take on the Gamecocks on Sept. 13 (3:30pm ET, CBS). The following week, Georgia hosts Troy at noon on the new SEC Network.

The SEC also confirmed that the Georgia-Florida game in Jacksonville on Nov. 1 is set for 3:30pm ET on CBS. That is the normal kickoff time for the game per terms of the contract.