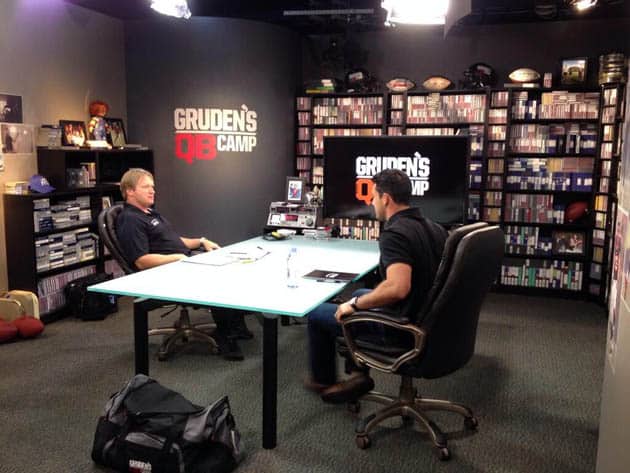 Aaron Murray is in Orlando this week to participate in Jon Gruden’s quarterback camp. The photo above was taken during the taping of the show.

This will be the fifth season of Gruden’s QB Camp on ESPN. The season premiere is set for Thursday, March 27 (7:30pm ET, ESPN) and it will feature Johnny Manziel.

According to ESPN TV listings, Aaron Murray’s episode is slated to premiere on Monday, May 5 at 5pm ET on ESPNU.