Men's basketball asst. coach Stacey Palmore will not return in 2014-15

Men’s basketball asst. coach Stacey Palmore will not return in 2014-15 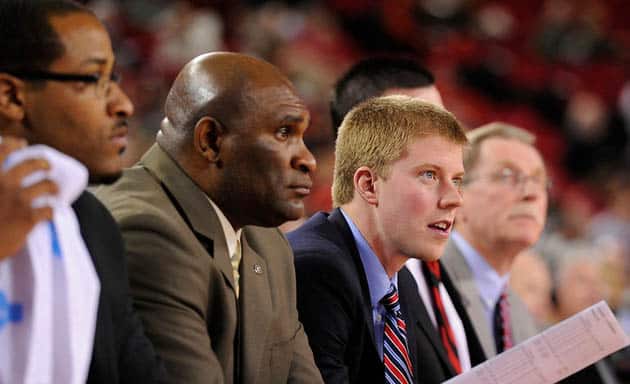 Stacey Palmore, an assistant coach for the Georgia Bulldogs basketball team, will not return for the 2014-15 season, head coach Mark Fox announced Thursday.

“We appreciate Stacey’s contributions to our program over the last five years and I have great respect for him as a coach and as a person,” Fox said. “He has represented Georgia in a first-class manner. We wish him nothing but the best in the future.”

Palmore had served on the Bulldogs’ coaching staff since May of 2009. He came to Athens after five seasons at Virginia Tech. His collegiate coaching career also includes stops at the College of Charleston, Evansville, Western Carolina, Erskine College and Lander.

“I’d like to thank Coach Fox for giving me the opportunity to represent Georgia for the past five years,” Palmore said. “I believe that we accomplished a lot of great things in those five seasons. However, I felt that now was the right time to pursue other opportunities in my career and to be able to spend more time with my young son.”

Palmore interviewed for the head coach position at Tennessee State, but he was not selected for the job.