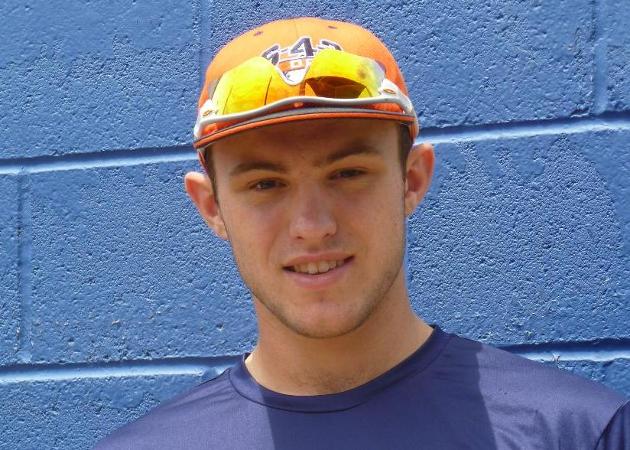 A 6-2, 210-pound native of Marietta, Aaron is the son of Gary and Paula Rzucidlo. He is a senior at Walton High School where he plays for coach Shane Amos. As a junior, he batted .378 with six home runs and 38 RBI in helping the Raiders advance to the semifinals of the state playoffs in Class 6A. He was named first team All-County by the Marietta Journal and to the Southeast All-Region second team by Perfect Game.

“Aaron stood out to us over the summer as one of the best defensive catchers in the state of Georgia,” said Stricklin. “He is very tough and is a great leader. He has the potential to hit for some power from the right side as well. We are thrilled to welcome Aaron into the Bulldog family.”

In summer action, Rzucidlo helped the 643 Cougars win the 17U USA Cup, was named the team’s Defensive Player of the Year and to the Rawlings 643 All-Academy Defensive Team. Also, he represented Team Georgia in the 2013 Sunbelt Classic in Oklahoma.

“I chose UGA because of the reputation of the coaching staff, and the opportunity to play in the SEC for Georgia,” said Rzucidlo.