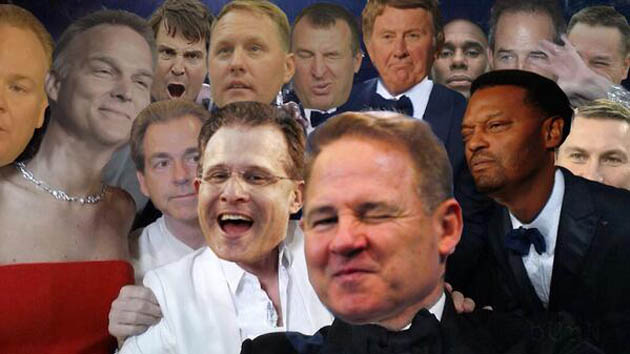 The image went out in a tweet and now holds the record for most retweets, which is currently nearing 3 million.

If only Bradley's arm was longer. Best photo ever. #oscars pic.twitter.com/C9U5NOtGap

BassinDawg, a popular UGA follow on Twitter for his Photoshop work, mocked up his own Oscars selfie with the stars as SEC head football coaches.

In place of Jennifer Lawrence, he has UGA head coach Mark Richt. Check out the picture below, it’s epic.