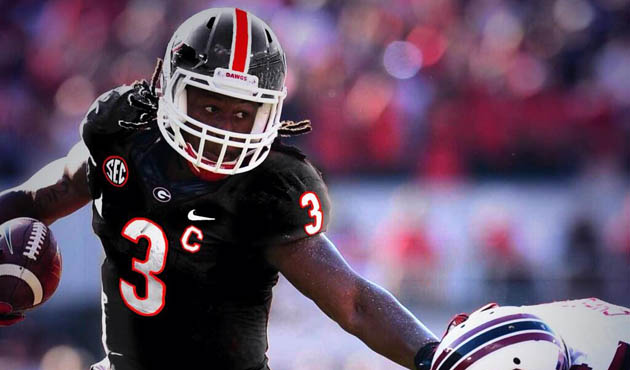 One of the more controversial topics among UGA football fans are the uniforms. Most like the traditional red jersey for home games and the white for road games.

Back in 2007 and 2008, Georgia wore black alternate jerseys in three games, but they haven’t seen the light of day since.

Last November, a picture was posted to Twitter, reportedly by a graduate assistant, that depicted an all black UGA uniform with Chris Conley’s name and number (31).

Fans then called for a Blackout of the Kentucky game for Aaron Murray and the Seniors. Mark Richt would later shoot down that possibility.

“If I had black jerseys to give them, I’d have them wear them. We just don’t have them” Richt stated. “I don’t know if that’s going to break everybody’s heart or not, but we don’t have any black jerseys in stock. If we did, I’d be all for it.”

We still haven’t heard anything about the possibility of an alternate uniform for the 2014 season. But to fill that void in our lives, @DawgsOnTop1980 has photoshopped an image of Todd Gurley to give him a black jersey and a black helmet.

Looks pretty cool. What do you think of the black jersey/helmet combo? Let us know in the comments below.