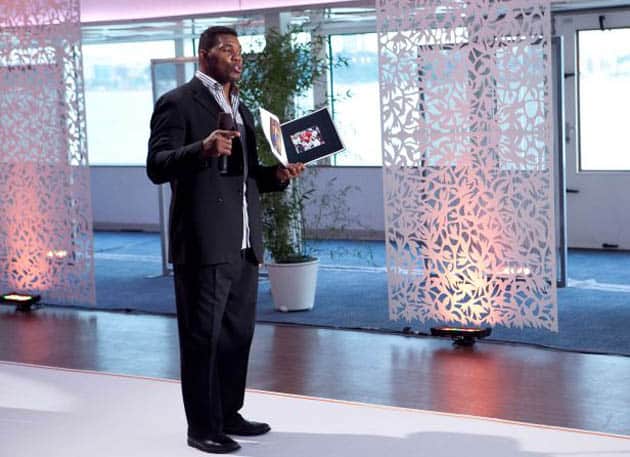 In the season finale of Rachael vs. Guy: Celebrity Cook-Off last night on Food Network, former UGA running back Herschel Walker was named the champion.

As the winner of season three of RvG, Herschel Walker collected a $50,000 prize for his charity of choice, Patriot Support, which provides “highly-specialized behavioral health treatment to Service Members, Veterans and their Families.”

Herschel Walker and the three other remaining contestants, Penn Jillette, Florence Henderson, and Tiffany, were given the final task of creating a three-course meal to be judged by seven celebrity chefs.

Walker went with a Southern comfort style for his menu, which included barbecued shrimp with grits for the appetizer, chicken with red beans and rice for the entree, and peach cobbler for the dessert.

After winning, Walker said of his win, “I knew I could compete, but I didn’t know if I could compete in cooking. Sort of like when I won the Heisman Trophy, a big smile comes over your face that is awesome.”

Congratulations to Herschel Walker on the win!