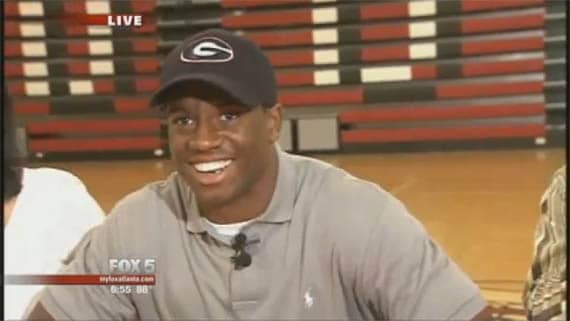 The Georgia Bulldogs picked up their third verbal commitment for 2014 this week, this one from four-star running back Nick Chubb of Cedartown, GA (Cedartown H.S.).

“I want to say thanks for the support and the viewers watching, and next year I’ll be playing at the University of Georgia” Chubb said live on FOX 5 Sports today as he put on Georgia’s hat.